In the US, the 5th Amendment protects your right to not self-incriminate, and essentially defend your privacy to some extent.  Australia isn’t so lucky.

Could you imagine getting up to ten years in prison for not turning over your phone or computer passcodes? 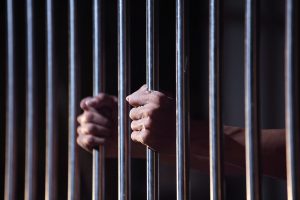 The right to privacy has become a rather controversial topic of late… around the world. Perhaps it hits a different chord for Americans because we’re taught that in order to search someone or someone’s property, there must be 1. Probable cause and 2. A warrant. The 4th Amendment to the American Constitution doesn’t equivocate on those requirements.

One of the reasons why Americans like myself are so offended by some of the actions taken by the growing surveillance state is the circumvention of due process. Look at something as common place as a sobriety checkpoint. You weren’t a suspect of drunk driving until you showed up at that intersection, on that day, at that time. That was enough to authorize a police officer to challenge your level of sobriety?

Similarly, we covered a while back the “John Doe” summons the IRS is using. They don’t know who they are after yet, but when they find out, they’ll let the courts know retroactively. Hence, John Doe. The IRS is looking for anyone with a correspondent account offshore. They can’t get names without a warrant. Here’s the John Doe summons, which allows the banks to release the names… which doubles as a list of “suspects” who might be laundering money.

The US recently reauthorized the FISA Section 702. That’s what makes warrants optional, hearings opaque, and basically only those in the “intelligence community” can really know what it does.

Having an offshore account, buying expensive real estate, transacting in cash sums over $5,000 or $10,000, and now, more recently, having a cryptocurrency account. All these things are passing for probable cause for “money laundering” because any of these means could be used to launder money.

But let’s say you are formally charged with an illegal act. Now what? They have probable cause and they have the warrant, and they seize your phone or your computer. They can’t access your devices, however, unless you give them your passcode.

Are you constitutionally obligated to give them that information?

The 5th Amendment would say, No. Your Miranda Rights that were read to you upon arrest were clear: you have the right to remain silent; anything you say CAN and WILL be used against you in a court of law.

And yet there are instances in the US where individuals were held in contempt for up to 6 months for NOT cooperating with such a request.

Now let’s pan over to Australia, for a moment. As of right now, you can get up to 2 years imprisonment for failure to cooperate with a request for your passcodes. There is a bill called the “Assistance and Access” bill which seeks to raise that to 10 years.

While as an American, forcing someone to violate their right to remain silent and to avoid self-incrimination by threatening 10 years of imprisonment sounds like now an 8th amendment violation of “cruel and unusual”, in Australia, it’s being regarded as “a reasonable and proportionate response”.

The Australia Department of Home Affairs wrote the following, to compel an affirmative vote for this measure:

“Encryption and other forms of electronic protection… are being employed by terrorists, child sex offenders and criminal organizations to mask illegal conduct. The exploitation of modern communications technology for illicit ends is a significant obstacle to the lawful access of communications by Australia’s law enforcement and national security agencies.”

I don’t like the idea of finding common ground with criminals, and the presumption of guilt thereof that follows.

I resented people suggesting that innocent gun owners should be saddled with further regulations on gun ownership because some loser fell of his meds and decided to shoot up a school. Owning a gun doesn’t inherently make someone a murderer.

I resented people suggesting the need for a multi-billion-dollar wall because violent criminals come over the border and kill Americans. Not having your Stasi papers in order doesn’t inherently make someone violent either.

I resent being an automatic suspect of money laundering because I invest in crypto, have an offshore account, and own nice things.  Is earning a living and investing well really that foreign a concept to the state that the ONLY ones who could possibly have all three must be criminals?

And I REALLY resent individuals being forced to relinquish their civil rights in the name of expediency and this disingenuous safety theater.

That criminals have stuff in common with non-criminals doesn’t make the entire non-criminal population suspicious. And this is exactly where stuff like this takes us. OF COURSE, people want to do away with child sex offenders! But here’s an unpopular opinion: rights aren’t fair weather notions. They aren’t just things the government hands out to people you like. They are the stuff of real civility.

Free speech isn’t for talking about the weather. It’s about being free to offend and dissent.

Due process isn’t for show and tell on TV. It’s for the accused and even the guilty.

All this reminds me of something we wrote about a while back on the Cook Islands. A Cook Island trust is about as close to iron clad as you can get. To my knowledge the only way to get their courts to relent on your trust holdings is proof beyond a reasonable doubt of fraud. But you can’t come in with some flimsy argument and expect cooperation as is often the case in the US. In the US, you can take something like “intent to protect assets” as being tantamount to “intent to commit fraud”. Not so much in the Cook Islands.

Despite the charges leveled by various tiers of the US government against trust holders, the Cook Island courts did not yield… not even when the United States Federal Trade Commissions sued them directly. That is fidelity to the individual right there.

Why is this relevant? Just because you want to close a case, doesn’t mean you can take a Machiavellian approach to someone’s rights. I don’t care where you are in the world. Rights come from our humanity, not from governments. Government comes from insecurity, and it preys and feeds on it.