The Decentralization Trend is Clear and Accelerating

The Decentralization Trend is Clear and Accelerating

The big lesson to take away from 2020 is decentralization of investments, platforms, and even your business.  Great freedom awaits for those who get ahead of this curve. 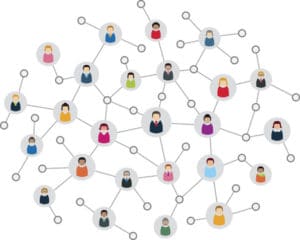 The past year has been interesting to say the least.  We’ve seen a lifetime of craziness packed tightly into a 12 month window.

And it seems this trend is only getting started.

But I’m more interested in the trend of decentralization and what that means for you and I today and going forward.

Today, there are approximately 200.  Again, this varies based on which countries are recognized by various governing bodies, but the trend is clear; there are at least twice as many sovereign nations as there were a century ago and this number grows nearly every year.

I see this as a positive.  The smaller the nation state, the less power they can hold over their residents and citizens.

As countries splinter into smaller and smaller nation states, this increases competition for residents.

The US for example, would be an ideal candidate for splitting into 50 nation states.  It would allow each nation state to govern themselves autonomously without a federal government to answer to or to fund.

It would also dramatically increase competition between the states to attract residents.  Of course this happens now, but with a federal government in place, each state has certain obligations to meet both from a regulatory standpoint and fiduciarily.

For example, the federal drinking age in the US is 21.  Technically, the states can set their own drinking age, but all choose to adopt the federal regulation because otherwise they lose federal funding for their highways.

Absent this regulation, the states could set a drinking age of 18 without any negative recourse from losing federal funding for the highways.

The Soviet Union sets a great example of what the US could possibly look like after splintering into 50 nation states.  After the fall of the USSR, it split into 15 sovereign states.  I don’t think anyone could argue at this point that any of them would be better off remaining as part of the larger union.

Moving beyond the macro concept of decentralized countries, let’s jump topics to decentralization of our  businesses and platforms on which we operate.

Take a look at ecommerce.  The biggest ecommerce platform in the world is Amazon.

While that is reasonable and pragmatic, it also means you are under the full control of Amazon’s whims and have very little discretion on how your business is marketed, operated or priced.

If you are in ecommerce, you need to find new platforms, or develop your own so that you maintain control of your brand, business model and pricing.

For example, Walmart Marketplace has rapidly gained on Amazon as a platform for sellers.  It is now the 2nd largest ecommerce platform behind Amazon and growing rapidly.  Considering the power of Walmart and its resources, this is not a platform to ignore.

In today’s age of decentralization, having multiple options will dramatically increase your chances of success.

On a similar theme of ecommerce, it’s time to consider your marketing strategy.  For many of us, that means social media.

With the enormous amount of time we all spend on various social media platforms, it’s impossible to ignore as a medium for marketing.

Nearly everyone in business today runs ads on Google and Facebook.

However, the past year has shown the need to diversify and thus decentralize your marketing efforts.

With Facebook and Google censoring certain content and content providers, you don’t want to be in a position where these are your only 2 options for reaching your audience.

In a moment’s notice Facebook can delete your business or group page or Google to change their search algorithm and completely eliminate your lead source without any notice.

Now is the time to consider alternative sources for your business lead generation.  Maybe consider other social media platforms, other search engines, native ad placements, affiliate partnerships, targeted ads, or other options.  My point is, consider what has happened over the past few months and recognize that for your business to continue to thrive and prosper, you may want to consider alternative opportunities for new leads.

My final point with regard to decentralization has to do with finance and investments.

If you don’t live in a cave, you have certainly been hearing about the Reddit inspired short squeeze on GameStop.

Honestly, it has been the most entertaining thing on the internet for the past week.  There is so much to say on this topic I could go on for days, but I’ll keep this short.

GameStop is a failed business.  It sells video games that are nearly 100% available for download and consoles and other hardware available online with free shipping in 2 days at a lower price.

They literally have zero competitive advantage.

This led to a couple of hedge funds shorting the stock in a massive way.

If you aren’t familiar with shorting, the easiest way to describe it is that you borrow someone else’s shares for a fee and sell them.  If the price of the shares drop, you buy them back at a lower price and end your contract to borrow the original shares.  Your profit is the difference where you borrowed the shares (ex. $50/share) and where you bought them back to return (ex. $25/share), minus the fee you paid to borrow.

Shorting markets is a valuable part of trading as it keeps the market prices in check and provides liquidity.  It is normally a great “checks and balances” for massive price discrepancies.

However, in this case, the sub Reddit page, WallStreetBets, organized a grassroots short squeeze. This is the massive power social has today and it cannot be ignored.

Basically they pushed their readers to buy the stock, thus driving the price of GameStop up rather dramatically.

For short sellers, this meant the losses were going up and up because they only profit if the stock goes down.  So if they shorted the stock at $20/share and the stock ran up to $200/share, they have a loss of $180 per share.

Of course it gets much more complicated when you consider that short sellers never actually own the stock they are shorting and the broker actually owns the shares, which puts the broker “on the hook” for any losses not covered by their clients who initiated the short sell.

This was exposed in a massive way last week when Robinhood halted buying GameStop stock on their platform as a way to stop their (and their primary brokers’) bleeding on the mounting losses they were obligated to cover.

They literally put a halt on the free market.

It has been fun to watch, but it really should open our eyes to the realities of the traditional financial markets.

As retail investors, we are not in control.  In truth, we are just pawns to be used for liquidity at the pleasure of the primary brokers.

And this leads to my point of decentralization in your own personal finance.

I hate clichés, but…don’t put all your eggs in one basket.

More importantly, make sure you are the one carrying your own basket.

Take control of your own financial situation.  While the stock market may remain ONE of the places where you acquire, hold and grow your wealth, by all means do NOT make it the only, or even the primary, place for wealth accumulation.

We’ve written about cryptocurrency and blockchain technology many times. You can read some of our articles:

I would seriously consider moving some portion of your investment portfolio into crypto.  As we’ve written about in the above articles, with defi you can get yields of 3% up to 12% (per year) on your crypto holdings, paid out weekly.

There are many stable coins that are fixed to USD, EUR, GBP and others that pay 8-12% (p.a.).  There is not a bank on earth that will pay you 8-12% on your fiat savings accounts.

What is more important than the yield is that you are in control of your finances with crypto.  You are not under the thumb of the banks or wall street investment firms, and you aren’t a pawn for their liquidity.

This year is going to be interesting and will present many challenges for us that we’ve never before experienced.  However, these challenges also present opportunities to take control of our businesses, our finances and our lives.

As an eternal optimist, I saw 2020 as a great year with tremendous opportunities that have shifted the way the world works.  It was the year where remote work became more than a cool idea for hipsters with a MacBook Air and became the new future of work.

In 2021, this will be the year of decentralization.  To stay ahead of the game, you will need to establish your own “Global Escape Hatch”, diversify your businesses and your investments all while living a free life working remotely.

For those of you interested in getting a head start on establishing your own Global Escape Hatch, I am offering a coaching program to just a few individuals who want one-on-one coaching to take them each step of the way in developing their plan.  You can learn more here:  Global Escape Hatch

If that is a bit out of your budget and you are interested in getting some personalized assistance, but are more the “do-it-yourself” type, you may be interested in our membership program.  You can learn more here:  GWP Insiders

Watch Cuba and Venezuela over the next few years as […]