Is the controversial EU Copyright Directive a Trojan Horse or just a policy meant to target large corporations? 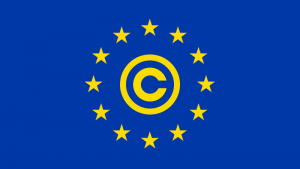 It’s said that if the government dismantles your gun rights the rest will follow in short order. I can’t help but wonder if that’s what is happening right now in the EU.

The EU recently passed a Copyright Directive with a 438-226 affirmative vote. It will still need final approval in January 2019, and how the legislation is interpreted will be left to the individual member nations.

Stated and Intended Purpose: To update the copyright laws for the internet age.

What Actually Happened: A heavy legislative burden was placed on internet publishers that could lead to an egregious level of censorship.

It would “force online platforms like Facebook and Google to pay news organizations before linking to their stories”. I don’t understand how this can’t be solved by a simple paywall on the part of the information provider. Facebook and Google circulate various links, but the links themselves could have a paywall installed, as is the case for Washington Post or the Economist. They offer a certain number of articles for free, and then you pay. That’s a marketing gimmick on the publishers’ end. It’s not a copyright violation that a link openly shared on the internet would be openly shared on the internet.

Interestingly enough, Wikipedia received an exemption from this because they are an opensource site that just provides hyperlinks but makes no profit off the sharing of the link.

This really does smack of targeted legislation again, only instead of Bernie Sanders coming after Amazon and Walmart, it’s the EU coming after large internet platforms like Google and Facebook, again without any regard for how this affects the smaller competitors.

It’s worse than the link tax, is what it is. The purpose is to stop the likes of YouTube and others from sharing copyrighted material without the expressed permission of the rightsholders. In theory, that should be agreeable. But in practice, that’s absurd. Without actually using the word “filter” in the verbiage, there is no other way in which to interpret how this would work:

I mean, are they meant to manually contact any and everyone, or will an algorithm ultimately be needed to manage the volume? Come on.

The EFF (Electronic Frontier Foundation) writes, “Under Article 13 of the proposal, sites that allow users to post text, sounds, code, still or moving images, or other copyrighted works for public consumption will have to filter all their users’ submissions against a database of copyrighted works. Sites will have to pay to license the technology to match submissions to the database, and to identify near matches as well as exact ones. Sites will be required to have a process to allow rightsholders to update this list with more copyrighted works.”

According to The Verge, the provisions will only make it “impossible to break up the big platforms. The major players would become entrenched, and new startups would be incapable of challenging them.” This is exactly the problem with regulations aimed at larger established industry players: the big guys can afford and absorb the costs; their would-be competitors cannot.

In a collaborative petition from several industry players, scholars, and professionals, Vint Cerf, Tim Berners-Lee and many others write, “In particular, far from only affecting large American Internet platforms (who can well afford the costs of compliance), the burden of Article 13 will fall most heavily on their competitors, including European startups and SMEs. The cost of putting in place the necessary automatic filtering technologies will be expensive and burdensome, and yet those technologies have still not developed to a point where their reliability can be guaranteed.”

This entire legislation, while meant to protect the intellectual property of news outlets and artists, is poised to fail, and fail miserably at that.

For example, there’s no failsafe for false claims of copyright. Instead, sites would have to pull down content and resolve the claim. Those who make false claims are not prosecuted for slander. What’s even worse is, this promotes over filtration which could mean that those who WANT their works to freely circulate might get blocked. You can petition, but if the site refuses, you end up in court.

What becomes of people publishing selfies with a logo in the picture? What if you’re selling your used stuff online, and there happens to be a book or album cover to what you’re selling? How would you go about mentioning what it is, or showing what its condition is?

There are Instagram models who are compensated for wearing brand name items and hashtagging them, by the brand itself. What happens when those get swept up in the filter?

Certainly, there are many benefits to living outside the US. But I don’t deny the setbacks. This is certainly among the more obnoxious things about the EU, but here’s the rub: it won’t be exclusive to the EU. Odds are, it will ultimately trickle down to other countries. After all, it’s easier to just comply with these regulations across the board than to try and gerrymander the implementation. Plus, the stakes are high. While the exact penalties vary by country, they are generally in the six-figure range PER UPLOAD!

So to be clear: the EU is uppity about the dominance of Facebook and Google, so they created a directive that essentially will secure their dominance! It requires that platforms like Facebook filter the content of the posts their users upload.

China has an established controlled internet they implemented from the start. So outside of the US and China, who in Europe is poised to compete in this space?

Google and FBI Work Together to End the 4th Amendment