Corporatism or crony capitalism has already found its way into the Trump administration. In less than a month, it’s the new boss same as the old boss. 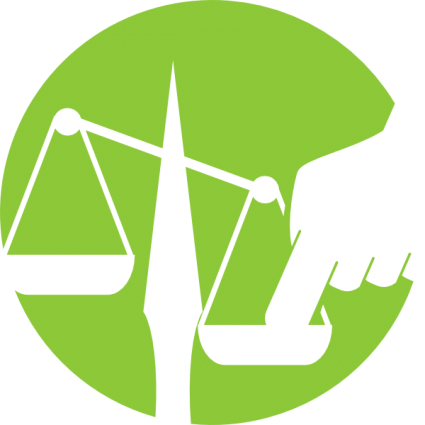 As a small business owner, few things bother me more than corporatism or crony capitalism. I hated it under Obama, and I hate it still under Trump. For a guy who loves to decry market manipulations out of China, Trump is swift to intervene and manipulate the market on the American side of things.

You’d think that Trump supporters would hold him to the same standards as any democrat, but I’m not seeing it. Apparently it’s up to libertarians to maintain objectivity, and there are NO sacred cows here.

In approximately one month, Trump has outed himself not only as a market bully, but a total crony capitalist. When I hear or read words like: “Companies are not going to leave the United States anymore without consequences,” I get upset.

Here we go again with Trump’s punitive reactions that bear no resemblance to a sustainable solution.

While President Trump has received applause for “keeping jobs in America”, that’s not the whole story. I mean, did anyone stop to ask: “Hey, why would Carrier forego $65 MILLION in savings by moving abroad, and stay in the US?” What changed their minds?

The New York Times did a write up on the announcement:

“While Carrier will forfeit some $65 million a year in savings the move was supposed to generate, that’s a small price to pay to avoid the public relations damage from moving the jobs as well as a possible threat to United Technologies’ far-larger military contracting business.

“Roughly 10 percent of United Technologies’ $56 billion in revenue comes from the federal government; the Pentagon is its single largest customer. With $4 billion in profit last year, the company has the flexibility to find the savings elsewhere.

“Members of Congress have been pressing to punish big military contractors if they move jobs outside the United States.”

Carrier makes the air conditioning units as a subsidiary of United Technologies, who makes goodies for government.

But it did save those jobs, Bobby!

Indeed it kept them here a little longer. And no doubt, Trump is absolutely revisiting the corporate tax codes. But two things are wrong here: the first is that Carrier or United Technologies can’t stand on its own and needs government to stay afloat; the second is that we, as tax payers, have to pay to keep businesses here to employ us.

Both are a horrible testament to our economic situation. If you want to tack on a third problem, these contracts for the Pentagon almost certainly mean the wars aren’t going anywhere.

Trump has been ruthless in calling out car manufacturers as well. He went after GM for manufacturing their Cruze in Mexico. He took to Twitter with this:

It’s true. They do build the Cruze hatchback in Mexico. But here’s the true predicate of that thought: they aren’t sold to American dealerships. They are sold in foreign markets. For the same reason Toyota and BMW have manufacturing plants in the US, GM has factories in Mexico to build market share in other countries.

Daniel Griswold, a senior research fellow at the Mercatus Center, worries, “Trump’s economic nationalism will make it harder for American brands like G.M. and Ford to compete in growing foreign markets like Latin America and might counter-productively hurt those companies if they lose market share to foreign rivals.”

Cabinet positions and favors for those who play nice with the president, tariffs and shameful mischaracterizations if they don’t.

This is all within a month of holding office. Trump has set a very fascistic tenor and cadence for how he views the relationship between government and business. As a libertarian, I don’t think there should even be much of a relationship other than the facilitation of truly free trade and commerce.

The truth is, companies shouldn’t have to threaten to leave the United States to get breaks in taxes. Employees and their jobs shouldn’t be bargaining chips and showcased for political theater. And the president of the United State should not be singling out companies as winners or losers, much less to a point that could affect their stocks and existing employees, just to make them an example.

This goes back to my original point: Trump hasn’t solved anything. It’s only been a month, so solutions could still be in the making; however, the solutions he’s at least discussed so far, he’s not delivered on. Draining the swamp? Looks like he just replenished the swamp. Quite a few stale actors including but not limited to:

This isn’t new blood. For a guy who criticized Hillary as being rooted in Wall St. and establishment politics, Trump hasn’t deviated too far from that path himself. His dictatorial approach is being confused with leadership because we had milk toast shoved down our throats for the better part of eight years. But Americans should not lose sight of free market ideas, and mistake a strong pimp hand for political principle.

The American surveillance state hasn’t really shrunk or gone away, […]