USPS Has a Digital Surveillance Program

USPS Has a Digital Surveillance Program

The USPS is not some benign government agency that just brings mail.  It’s another tentacle of the US surveillance state. 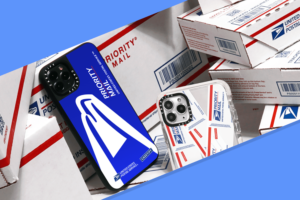 It was recently revealed that in the U.S., the NSA isn’t the only agency surveilling your every move.

You might think “Oh come on!” … but the United States Postal Service actually has a program that spies on citizens’ social media posts called (oddly enough) iCOP.

That’s not a typo. Something that sounds like it should have been developed by Apple is being used by the USPS to look for “inflammatory” posts.

According to a Yahoo! article that described the program: “The work involves having analysts trawl through social media sites to look for what the document describes as “inflammatory” postings and then sharing that information across government agencies.”

And they kept it “hush hush” until now, so it isn’t like the USPS got your permission before openly spying on U.S. citizens. Of course, with the announcement they also offered their reasoning for using such an invasive measure of surveillance…

They were trawling the web for posts about a potential threat in the U.S. on March 20th. That threat ended up being nonexistent of course.

The article continued: “The government’s monitoring of Americans’ social media is the subject of ongoing debate inside and outside the government, particularly in recent months, following a rise in domestic unrest.”

So you should ask yourself: Every time the U.S. Government screams “DOMESTIC UNREST,” will you allow more of your liberties to be taken?

Because it looks like the Biden administration is about to tighten the screws on its citizens even further.

Corporations and Government Working Together

(To Trample on Your Liberties)

Homeland Security has to jump through a bunch of hoops to (legally) keep an eye on you. So to circumvent that, Biden is considering an “end around.”

According to CNN: “The Biden administration is considering using outside firms to track extremist chatter by Americans online, an effort that would expand the government’s ability to gather intelligence but could draw criticism over surveillance of US citizens.”

Normally the Government creates a problem, promises a solution, then uses the resulting chaos to expand its power. In the U.S., the Constitution was written to protect citizens from overreach.

But now that the Biden administration is considering handing off the task of trouncing your freedom to private companies, things are a little more complicated. The Constitution doesn’t protect your liberties from companies (yet).

“Whatever gets approved and implemented has to comply with established laws,” said Tom Warrick, a senior fellow at the Atlantic Council.

That’s not very comforting, however. Especially if the Government would be able to designate dissidents with spooky labels like “extremist,” then hand the rest off to a private company.

Say you do something like move your money around where the Government or shady banksters can’t get their hands on it. If the Government and those banksters are working together, they just have to slap a label on you, then put you on a watch list.

That doesn’t mean things will work out that way, but we didn’t think masks and lockdowns would be mandated by the Government in February of 2020, either.

Better get ready in case the Biden administration is about to grab more of your freedoms.

During that time, I’ve also learned dozens of valuable lessons about how to maintain my independence free from Government tyrants, “ethically challenged” private companies, and other nosy people.

P.S. It won’t take long if the Government decides to leverage private companies to do its snooping. Consider a “plan B” before that happens…

Hat-tip to Countries That Didn’t Lock-down

Several countries abstained from lock-downs because they thought little of […]