Bipartisan support for new bill seeking to further the United States’ war on cash and cryptocurrency both domestically and abroad. 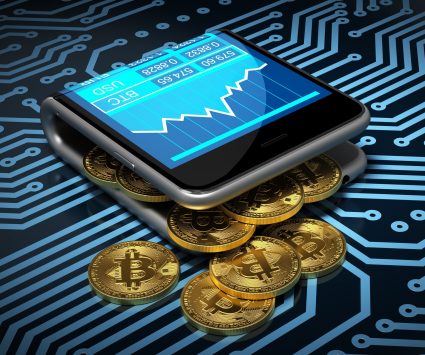 The war on currency continues: more specifically the war on cash and cryptocurrency. No policy of this caliber would be complete without some offshore account component.

The latest tactic (S.1241) was introduced in the Senate by Republican, Chuck Grassley, called: “Combating Money Laundering, Terrorist Financing, and Counterfeiting Act of 2017”. Who writes this stuff? It’s tedious, but fairly plain in its language and one of the shorter pieces of legislation I’ve seen.

#4 is defined as: “‘prepaid access device’ means an electronic device or vehicle, such as a card, plate, code, number, electronic serial number, mobile identification number, personal identification number, or other instrument, that provides a portal to funds or the value of funds that have been paid in advance and can be retrievable and transferable at some point in the future.”

So a prepaid gift card and cryptocurrency fall into this category, which means a nice bump for ERAD devices. ERAD is that nifty little scanner that can seize funds off gift cards and loaded debit cards.

The stated purpose of this bill is to:

If someone knowingly conducts, controls, manages, supervises, directs, or owns all or part of a covered money services business that are not properly licensed or registered, they are subject to fines and a sentence of up to 5 years. If the total amount of money is found to have exceeded $1,000,000 then the fines and sentencing can be doubled.

Anyone who cares about the 8th Amendment might find it a bit excessive that someone who simply fails to license or register their financial business faces a prison sentence. Even worse, the offense is caveated with: “whether or not the person knows that the operation is required to comply with those registration requirements, or to be licensed or that the operation is so punishable”.

To that end, Grassley suggests the following:

The objective of that last point is to have all financial records of American persons who have a foreign account in the United States as well. The federal government can subpoena that information, and there is a nondisclosure agreement which prevents the bank or foreign financial institution from informing their client of this subpoena.

Doing something in the name of preventing a crime isn’t a justification for the presumption of guilt, especially when that presumption involves confiscation of assets.

Fines, prison time, and asset forfeiture just got a dose of steroids. Also this all but deputizes any federal agency to work with the Department of Homeland Security in their efforts to catch these “evil doers”.

The fun part is that the DHS has exactly 18 months to pull a solution out of their hat on how they plan to detect cryptocurrencies at border crossings! I can’t help but laugh at that. Not only is there no way to detect that, there is likewise no way to make people open their digital wallets once they do manage to detect it.

It is important to take a moment to ask why this is such a big deal. Money laundering unto itself really isn’t nefarious. It’s sourcing revenue from criminal activity that is the issue. For example, money paid for a hired hit or money gotten from a robbery: those are a problem. But hiding that source unto itself isn’t the issue. That just makes things difficult to figure out for the investigators, but so does having to get a warrant. By branding money laundering as being evil unto itself, people forget to ask if the concealed source is really that bad.

Bottom line, all this is spilling into the “pre-crime” area. No longer are they only prosecuting the criminal act, but they are criminalizing actions taken leading up to the criminal act. And the further they go into those waters, the more likely they are to start snagging innocent people in the process.

Is it even a reasonable assumption that everyone with a Bitcoin wallet is a terrorist with felonious intentions? They can argue that’s not what they mean by this legislation, but given the painstaking semantic measures they took to replace one word for another, you’d think they’d take the time to clarify how innocent people won’t be ensnared by this dragnet.

Moreover, in their efforts to capture more revenue, they intend to spend considerably more than they are likely to get. $30,000 per year per inmate for failure to fill out the proper licensing and registration forms for your financial institution? Really? The cost of the investigation and prosecution layered on top of that. All to stop terrorism? Killings attributable to crimes of passion far exceed those attributable to terrorism, but no one is composing a series of laws to prevent that from happening. (Not that I’m trying to tempt fate here!)

This feels like the Federal Reserve circling the wagons to me… and a little money grabbing for good measure. The first commandment of central planning is that “thou shalt have no currencies before me”.

How anyone could confuse what is going on in the United States to be “capitalism” is beyond me. If nothing else, heavily scrutinizing and regulating the use and movement of money is antithetical to even the most negative interpretation of capitalism.

It sounds off-putting that they wove in some FATCA fortifications here, but in addition to not being particularly well thought out, these measures are rarely airtight. That’s why we see so much redundancy in these laws. As of May 25, 2017, these measures have only been “introduced”. No votes or discussion yet.

Now is the time to take action, while you still can. Look at your options for offshore banking and get some inside information on how to legally protect your assets both domestically and abroad.

It’s a great start, and you can take your time with all the information it contains.