What is Entailed in “Never Forget”?

What is Entailed in “Never Forget”?

The calls to “never forget” the tragic events of 9/11 have me wondering if people really remember what all was lost. 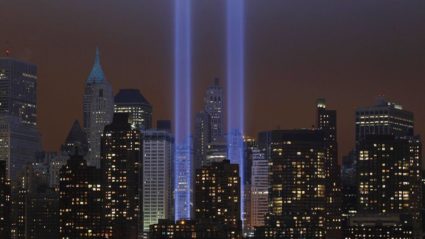 9/11 is similar to that of the shooting of John F. Kennedy. Many people were shaken by it, and remember every detail of that day when it was announced.

Indeed, it was an indelible event and moved the entire world.

After an event so horrific, I think most people were looking for a glimmer of humanity. And we found it. Images of people around the world pouring out in crowds at vigils to show their sympathy. We saw coverage of people volunteering to help the families affected, the first-responders and their families.

To be honest, I’ve never seen such a deluge of unity, humanitarianism, and kindness in people as I did in the days following that event.

While that was happening, the US government hijacked that momentum and pushed through everything from invading Iraq and Afghanistan to a surveillance package that would to this day haunt us. The vulnerability of people was exploited for political purposes.

*Insert what has become a political adage now: Never let a good crisis go to waste*

The US only just withdrew from Afghanistan this year. Twenty years of pouring blood and treasure into a war that yielded nothing in the end. Much like Vietnam, countries before us tried to “fix” things, but failed. But the US was supposed to be different right?

People say “Never Forget” to historic and monumental atrocities. People say this about the Holocaust. They say it about 9/11. What are we meant to remember, though?

That the atrocity happened? Considering the monuments, days of remembrance, and constant media reminders, I doubt that’s possible.

What we were meant to “never forget”, was what led up to that point, and what followed.

The invasion of Iraq and Afghanistan were totally unjustified. If in fact the aim was to capture Osama bin Laden, a man towering at over six feet with renal failure, that could’ve been accomplished with a simple letter of marque and reprisal.

Find him, go get him, and get out.

But instead the US had to invade two countries and linger for decades? Is extreme terrorism any less a threat today than it was in 2001? No.

Getting out of Iraq and Afghanistan was tedious, but nonetheless, happened. But what stuck around?

People are inclined to remember the unity and the sympathy; lament the fallen; exalt the heroes. But memories get a little blurry when it comes to remembering the number of innocents and the obscene amount of debt incurred.

What is particularly tragic, is how we forgot all the civil liberties we lost. The war was turned on the US and the rest of the world, making us first suspicious and suddenly guilty before proven innocent. We saw this in other moral wars like the war on drugs.

In the name of “national security” people relinquished their privacy. Government feels even more emboldened to seek back-doors into the encrypted coding of large tech operating systems. Every time any level of government wants to pry further into the lives of Americans, they simply need to mention the magic word — “terrorism” — and they suddenly get far more latitude including but not limited to a blind eye when they might overstep a few boundaries.

Similarly, the drug war has authorized outright theft of property in the form of asset forfeiture. Random people lose their cash and homes for everything from suspicion of drugs, suspicion of being associated with someone who is involved with drugs, or simply carrying or depositing too much cash.

You can be searched without probable cause and lose your property without conviction of a crime which basically tells the 4th amendment of the Constitution to go pound sand. And people went along with it!

Gotta get those terrorists! Gotta get those drugs off the streets! Okay but losing our freedoms and having our rights violated has not moved the needle on either of those two things in the past several decades.

Now, in addition to terrorism and drugs, we have suspicion of being sick. And a new round of civil liberties are on the chopping block ready to be sacrificed in the name of public safety.

People say “never forget”, but I have to wonder if they ever understood what that entailed. Did they even understand what all was lost each time the government decided to wage a moral war against a nebulous enemy like communism, terrorism, drugs, and a virus?

The casualties are not just in blood and treasure, but also in freedom. Never forget the freedoms taken from you in the name of safety. Never forget that these initiatives are not designed to succeed so that one day they will be returned to you, but rather they are designed to be permanent and maintained.

With all that's happened over the last year and a […]