What is in the best interest of the UK: a Hard or Soft Brexit?  And what has Theresa May set her country up for? 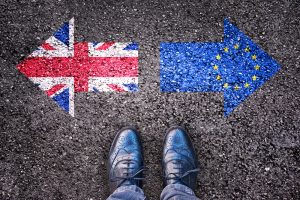 Those familiar with American history will remember that the original structure of the United States was that each state be its own nation state, and that the federal government was more of a cooperative. Its purpose was mainly to facilitate interstate commerce and provide a defense. The Constitution was a restraining order on the federal government, but most states adopted constitutions that emulated the national one.

Fast forward to present day, and you have the federal government controlling everything. State’s rights were once the stuff of civil wars are now an afterthought. Marriage, education, abortion, minimum wages, healthcare… all these things should default to the state or individual per the 10th Amendment.

One of the most effective methods of control is centralization. It’s sold through as convenient and “fair” because everyone must play along. One of the greatest destroyers of freedom is also centralization. It comes at the cost of individual or localized freedoms and choices.

The EU is like the federation of the United States. Originally meant to facilitate free trade, it is now getting its tentacles into the sovereignty of each nation, and that is upsetting not just people in the UK but people in other countries as well such as France. Moreover, while trade within the EU might be fine, the member nations cannot seem to make unilateral trade agreements outside the bloc without major bureaucratic impediments from the EU.

Likewise, while I’m an open border person myself, the EU is unilaterally insisting on open borders between all member nations.   I’m a huge fan of this arrangement since a corporate residency in any member nation instantly gives access to the entire bloc for that business.

But it also means, if the EU decides to take in refugees from a third world nation, those refugees likewise have access to the entire bloc. And many of those member nations aren’t as fond of that.

The UK had a referendum. It passed, and they are meant to leave the EU. Now the question is what now? Or more importantly how?

There’s the Hard or Clean Brexit, and there’s the Soft Brexit. And they are generally as they sound, the former would have the UK return to an independent sovereign state no different than the US is the to Japan. The latter would leave some lingering attachments on the border with regards to trade and migration similar to that of Norway or Iceland’s arrangement with the EU.

In my opinion, this is probably what everyone who voted to leave had in mind: sever all ties and establish consensual treaties and trade agreements with whomever they choose. The assumption was that the UK could cherry pick what it likes and doesn’t like and set of a unique arrangement between them and the EU that allows looser border control on capital and goods, and stricter control on labor and people.

It’s not to say the EU can’t or won’t make such an arrangement, it certainly has made some accommodation for Norway and Switzerland.

Insofar as what is in the best interest of the UK, unilateral free trade is indubitably it.

“UK businesses and consumers would benefit from lower priced imported goods and the effects of increased competition, which would force firms to raise their productivity.”

This should be an obvious statement and yet its met with such astonishment. Whatever “free trade” comes between member nations in the EU, trade beyond the EU is stifled, as are the economic benefits such as rising household incomes, job creation, and low, stable prices on many goods and services.

The UK is suffering from EU protectionism. And perhaps even Trump could take a lesson from the Hard Brexiters like Tim Worstall:

“It is not exports, it is imports, which matter. Access to those things which foreigners make better than us makes us richer. Exports are only what we do to pay for them.”

Obviously, the UK is very amenable to free and open trade agreements, but the strings attached are much more which has Hard Brexiters concerned. Soft Brexit appears to be a compromise for those who voted against leaving the EU.

Many point to Norway and Switzerland as possible examples of a Soft Brexit. But the current arrangement Norway has as an EEA (European Economic Area) member really isn’t much different than what the UK has now:

“All told, this adds up to over 850 Million euros per year. If one takes into account how much money the UK currently receives from the EU, Norway pays almost the same amount per capita as the United Kingdom.

“Furthermore, Norway must adhere to countless EU guidelines, like the free movement of workers, without having a voice in EU institutions. Were the UK to leave the EU and join the EEA, the country would continue paying and continue accepting guidelines from Brussels — but it would no longer have the opportunity to be part of the negotiations that shape the European market”

The arrangement Switzerland has with the EU is rather unique, and unlikely to extend to the UK. Switzerland isn’t obligated to accept the changes to freedom of movement from the bloc since July of 1995. They reserved a right of refusal, and in fact are capping how many immigrants they are willing to take. Moreover, Switzerland has an elaborate matrix of bilateral agreements with the EU:

“Switzerland isn’t a member of the EEA, but it has negotiated over 150 bilateral agreements with the EU over the past 25 years or so. As a result, the Swiss can benefit greatly from EU free trade — but not, for example, when it comes to financial services. That would be a significant problem for Britain: The financial sector is deeply important for the British economy. And Switzerland too continually adopts European regulations in order to ensure compatibility with the EU, but like Norway, it has no say in their creation.”

Access to the trading bloc has the UK still paying into the EU, however. This is not much different to how American labor unions work: members of the union must pay a fee, and any employer from outside has to go through the union to access labor.

And one of the major selling points of the Brexit proponents was all the money that would be saved not having to pay into the EU.

As of November, Theresa May struck a deal with the EU that many are calling a Soft Brexit. So far it looks as if the UK will be paying close to 40 billion pounds for the privilege of the “divorce”, while the EU promises a “commitment to exploring a ‘deep and flexible’ partnership over two years” and an end to unlimited EU immigration.

Unfortunately, Theresa May’s leadership is equivocating. I’m not entirely sure why she would go into negotiations with the EU without a solid plan or at least a series of demands with negotiable timelines, but evidently, she showed up to a meeting on Thursday December 13th emptyhanded losing considerable support from the EU.

So the Brexit strategy remains blurry, and even more so for Northern Ireland as nothing has been decided insofar as the borders and barriers post Brexit between the UK and Northern Ireland.

2019 will be an interesting year for the UK, for sure!

The 2018 Farm Bill, which was ushered through both houses […]