Who Pays When the US Government Can’t Play Nice?

Who Pays When the US Government Can’t Play Nice?

The US government really has no idea how to play nice with others, and it’s taking a tremendous toll on the global economy as well as its own. 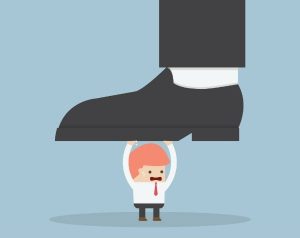 Something you learn about capitalism and free markets very quickly is: it guides everyone to play nice… or at least nice enough. What you don’t get in cordial service is often made up in pricing.

No one goes to TJ Maxx for the service. They go for the deals often on high-end name brands. No one goes to Nordstrom for the deals. They go for the service and the high-end name brands. In both cases the business is catering to what their base values more: pricing or service. The business is catering to something, though.

One thing is abundantly clear: they are NOT in direct competition with one another.

Let’s go one step further: knock-offs. Those are meant for the folks who never were in a position to buy name brand regardless of the discounts. They are an entirely separate market from TJ Maxx and Nordstrom. And while the name brands could theoretically take legal action against knock-off brands, they typically don’t. Why? Because they want to use that phenomenon and dynamic as a case study for what appeals to people and what doesn’t.

All three are playing nice with one another and this happens all day, every day in the free market. None of them even regard the others as actual competition because they each appeal to a different sector of the market, and those respective sectors keep them in business with enough demand and patronage.

The main thing here though: each of these business models keep their base happy.

Let’s flip this over from businesses to countries. With countries, it’s much simpler to determine who their base is. It’s their constituents. It’s the individuals and businesses that reside there. Of course, if governments operated like actual businesses, their model would be to be far more sustainable. Look at what the US has been doing so far:

For that first bit, a recent report out of Brown University estimates from 2001 to 2019 alone, the US has spent upwards of $5.9 trillion on wars. This includes the wars in Afghanistan, Iraq, Syria, Pakistan, Yemen, among other places. This of course is just an estimate.

As for occupations, that is even more uncertain. QZ shared an excerpt from David Vine’s book “Base Nation: How US Military Bases Abroad Harm America and the World”:

“[A]ccording to the most recent publicized count, the U.S. military currently still occupies 686 ‘base sites’ outside the fifty states and Washington, DC.

“While 686 base sites is quite a figure in its own right, that tally strangely excludes many well-known U.S. bases, like those in Kosovo, Kuwait, and Qatar. Less surprisingly, the Pentagon’s count also excludes secret (or secretive) American bases, like those reported in Israel and Saudi Arabia. There are so many bases, the Pentagon itself doesn’t even know the true total.”

Insofar as foreign aid is concerned, Rand Paul fights a rather lonely battle trying to end it to all countries. So foreign financial entanglements will remain a thing, because if you can’t bomb people into doing what you want, maybe you can pay them off. The idea that if you consider a country your ally, you should fork over $3 billion per year to them, is rather silly. I consider my friends allies, but I’m not forking over my kids’ money to them to prove it!

As for the second part, the trade wars and sanctions the US has instituted with various countries, isn’t servicing anything other than a president’s pride. Here are a few things we can attribute to the overall protectionist policies of the US, and their ripple effects:

This was on the decline leading up to the trade wars largely due to the uncertainty thereof.

‘’’Foreign investors are looking for both economic opportunities and political stability, and certainty the latter has suffered quite tremendously under this administration,” said Thilo Hanemann, a director at Rhodium Group and the author of its China FDI report, ‘Uncertainty is turning off foreign investors.’

“Stricter immigration policies could cause FDI to fall further in the future, too, said [Mark] Zandi [Chief economist at Moody’s Analytics]. Typically, FDI increases when migration to a country rises. Why? Because immigrants talk up where they live to people back home who then want to buy homes or businesses in the area.”

Drop in international commerce and trade

“But the most notable, and politically-relevant observation by far, was the sharp plunge in Chinese imports from the US, which tumbled 25% in November from a year earlier: this was the single biggest monthly decline since January 2016 when China’s economy and capital markets were reeling in the aftermath of the Yuan devaluation and Shanghai Composite bubble bursting.”

The US refuses to sign the Intermediate-Range Nuclear Forces (INF) Treaty with Russia. So, Russia is saying if the US wants an INF arsenal, then so do they. Meanwhile, since the US decided to reinstitute sanctions against Iran, tensions are rising between Canada and China over Huawei CFO Meng Wanzhou, who is facing charges of knowingly violating sanctions between US and Iran.

Who is this helping? How are any of the private citizens anywhere in these involved countries bettered by these sorts of tensions? The US isn’t exporting as much. People aren’t investing. There’s just a lot of unnecessary hostility in the air, and that’s largely attributable to the US being a jerk in the global sandbox.

Either you love your country, and want the absolute best for your fellow countrymen, or you don’t. To suggest that these sanctions, tariffs, wars, and occupations are somehow helping people as they have to lay people off or close their doors. This is a perfect example of private enterprise getting caught in the middle of political crossfire. It’s like the kid who is leveraged between two divorcing parents. Make no mistake, much like the child in that analogy, the only ones who get screwed in that scenario is the private sector to varying degrees: the one party who did nothing to deserve any of this.

If we liken constituency to client base in a business, then the US as a country and those cowering in response, aren’t servicing their base. And that’s poor unsustainable business.

Many don’t realize the vast extent of the surveillance state, […]