Many don’t realize the vast extent of the surveillance state, which is why we should be vigilant in protecting our most precious asset: Privacy. 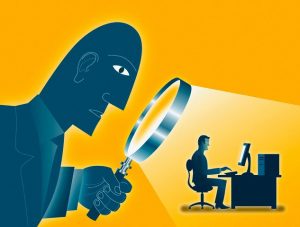 Private property is the cornerstone of freedom. And one of the most important assets any and all individuals should protect is privacy. Asset protection is my business, and it’s sad that it’s even necessary, but this is the world we live in.

One of the biggest criticisms that came from Ron Paul over the US response to 9/11 was that no one even considered issuing a writ of marque to go in, get bin Laden, and get out. Instead we instigated this ridiculous war in Iraq and Afghanistan, killing countless innocents and Americans. 2018 in fact marks the 17-year anniversary of our entry into Afghanistan, with no end in sight.

The same criticism applies to surveillance and safety. The surveillance and watchlist dragnet is expanding at a rapid clip, and all to capture a handful of supposed criminals. The number of innocents adversely affected by this isn’t worth the potential capture of one terrorist. And to presume it is acceptable to put the civil liberties of innocent individuals on the chopping block – never mind throwing good money after bad, hand over fist – is misguided and wrongheaded.

It is happening not just in the US.

About two years ago the UK passed the Investigatory Powers Act with Royal Assent:

“A bill giving the UK intelligence agencies and police the most sweeping surveillance powers in the western world has passed into law with barely a whimper… [It], legalizes a whole range of tools for snooping and hacking by the security services unmatched by any other country in western Europe or even the US.”

Words such as “autocratic” and “dictatorial” have been used to describe this measure, and while people opposed to a surveillance state might find colorful language to make their case, there was one very sobering observation that came from the opposition worth considering by anyone weighing out this matter for themselves:

Regardless of where you stand politically, imagine the opposing side having these powers. Sure, YOUR guy will only use these powers for noble purposes; but can you expect the same from the other side?

Legalizing hacking by UK intelligence agencies into computers and mobile phones, gives them nearly limitless access to stored personal data of individuals not even suspected of a crime.

“The government has given hacking the deceptively understated description of “equipment interference,” and splits it into two camps: targeted and bulk. Targeted equipment interference allows law enforcement and security agencies to hack specific devices, phones or computers, while bulk hacking can cover larger groups. The only difference between the two powers is that bulk hacking is only authorized for foreign targets.”

The Verge goes into greater detail:

Not to say there aren’t opponents of this bill, but their cries were dwarfed by the apathy of many others who put the illusion of “safety” before liberty. Even Germany with its Stasi history, and where Edward Snowden received considerable support, was able to pass legislation that granted more surveillance powers to its intelligence agencies.

Where there is mass surveillance there are very presumptive lists. We’ve seen nearly every agency in the US create some sort of list which carries with it a stigma, or even worse, restrictions. The US constitution is very clear on the matter of rights not being abridged or infringed upon without due process.

But more and more we are seeing greater liberties being taken by political hacks and less liberties in our daily lives.

There are 17 “intelligence” organizations officially in the US, many of which I didn’t even know about:

Many of these have “classified” budgets and answer to either the Department of Defense or Congress, so the individual citizen has no idea much less a say in what is going on. One source estimates approximately $59.9 billion for National Intelligence Programs, and $21.2 billion for Military Intelligence Programs, for a total of just over $80 billion in fiscal year 2019 for all of this.

The Washington Post did an extensive piece on the “top secret” operations of the US government, and some of the findings were disturbing:

This isn’t about safety at all. The US has no-fly and watch lists, and many on those lists don’t know they are on it, much less why! There’s a 166-page document that supposedly defines what a “terrorist” is, but when put into practice it’s more of an excuse for some dystopian pre-crime nonsense that winds up riding roughshod over people’s right to due process.

The good news is there are measures you can take, one of which is to invest in a VPN (Virtual Private Network). That can help safeguard against those who wish to snoop around your online dealings. Another option is using Tor software.   To some extent policy makers don’t think people will bother taking these measures and will acquiesce to the latest in surveillance policy.

23andMe offers an alluring service, but it might not be […]