Apps track your locations which can give a lot of insight into who you are, what you like, and what is happening in your life.  Imagine if that information was sold… 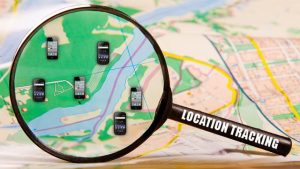 Do a Google search of “your name” in quotes, and there is likely some database on the Internet that stores your home address. No big deal, right?

Except that is the starting point for anyone who wants to track you down by following your daily habits. And your smartphone apps help deliver a good portion of the “digital dossier” being formed on you, right now.

According to a recent feature in The New York Times, your apps know what, where, and for how long you did anything last night. They aren’t keeping it a secret, either. That private information gets sold off to the highest bidder of a potential 75 companies.

An app on the device gathered her location information, which was then sold without her knowledge. It recorded her whereabouts as often as every two seconds, according to a database of more than a million phones in the New York area that was reviewed by The New York Times. While Ms. Magrin’s identity was not disclosed in those records, The Times was able to easily connect her to that dot.

So The Times took some basic phone location data and connected it (easily) to a specific person out of millions of people. Someone else could do the same from hackers to identity thieves, from snoops to government agents.

But most people brush off tracking as “They’re just marketing to me” without considering the potential consequences. Marketing and advertising aren’t everything that can be done, or is being done, with your location data.

By knowing where you go, and how long you stay at particular locations, over time any agency or other “snoop” can create a dossier of your life.

That same agency or snoop can also take that data and tie it directly to you with your physical address. So, the digital data gets tied to your physical life.

Granted, an agency like the FBI won’t actively “look for” you if you don’t do anything wrong. But “doing something wrong” is an interpretation they make about you. It’s not yours to make. Plus, it’s possible that your activity could be located closely to a person who is doing something wrong.

That, or anyone you might know could do something wrong… and you could get caught up in their investigation. All because your apps know what you do 24/7/365, tracked every 21 minutes on average, according to The Times feature.

Of course, what I just described might never happen to you. But The Times feature does reveal what is happening to you, right now (emphasis mine)…

These companies sell, use or analyze the data to cater to advertisers, retail outlets and even hedge funds seeking insights into consumer behavior. It’s a hot market, with sales of location-targeted advertising reaching an estimated $21 billion this year.

This might sound a lot like these companies will “just” use this data to advertise to you, and monitor your buying behavior patterns. The problem with this thinking is someone has access to the raw data, including the ability to find out your name and attach it to that data. A living, breathing person you don’t know.

Maybe this person notices you’re on vacation using that location data. Then they could decide to “keep an eye on your house for you,” seeing what kind of house you have by using Google Maps. They could use public records to find out who else is there. Then, who knows what could happen next?

Someone else accessing the raw data would know if you go to AA meetings, visit a psychiatrist, or like to visit a certain night club. Do you want to “just” trust this anonymous person you don’t even know with intimate details like these? I sure don’t.

Say you have a car accident, and end up in a hospital. Then, a personal injury lawyer can pay Tell All Digital to run ads directed to your location according to the Times piece. Not many people like the idea of having a lawyer’s ad brought right to the emergency room. But this is the reality thanks to location companies like GroundTruth.

One final quote from The Times article sums it up nicely (and the company name does too):

George Orwell (author of 1984) would be interested to see how his fictional story has become reality in the 21st century.

So the next time you see that “cool” free app, understand that you’re giving up a lot more than you might have bargained for. An entire industry was formed around your privacy.

Bottom line, never assume the right thing is being done with your app data. You’ve traded your privacy away. Anything can be done with that information. It may not happen today, or even next month.

But at some point in the future, access to your private location data may be worth too much for a company, identity thief, or government agency to pass up.

P.S. You’re on your own when it comes to protecting your private data, especially when you don’t know the full story behind what “they” are doing with it.

Economic Strategies: China Lends While US Spends in Africa

While receiving minimal and often negative press, China is forging […]