Saving jobs Americans either can’t or won’t do, and bailing industries out hardly sounds like a return to American greatness. 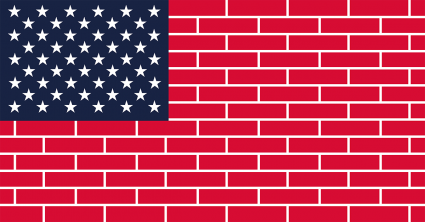 As Trump’s “MAGA” economy unfolds, I’m left with a lot more questions than answers. For those who are enamored with his economic policies, it’s important to note that they are not new ideas. They are repackaged old ideas that failed in the not that distant past.

Those who know that bit of history, are preparing for the effects. Those who don’t, won’t know what hit them.

Trump’s economy is not some blip on the timeline. It’s an ongoing series of events, which is basically making my blogs a time capsule of assorted “I told you so’s”.

I think the biggest contention that many who support Trump’s protectionist policies have is that of putting the US and her constituents first. That sounds right. Just like “think of the children”, or “equality for all”, or “I support the troops”. All of these bromides sound patriotic and righteous. They are just emotional enough, but equally vague enough to ascribe just about whatever meaning you want to it. If you disagree with them, you’re a jerk, by the way. These phrases are sacrosanct, so to challenge them is tantamount to treason.

But what do these taglines entail in terms of policy? What is the exact cost in treasure and liberty? “Putting America First” isn’t some Machiavellian patriotic ambition. It’s an objective with strategies and tactics… and a price tag. So let’s look at it!

As we mentioned back in March, George W. Bush tried tariffs and failed:

“The study estimates that less than 10,000 jobs in the steel industry will be saved by the measure at a cost of over $400,000 per job saved. For every job saved by this measure, 8 will be lost.”

But let’s assume for a hot second that THIS time it’ll be different because this time it’s Trump doing it! America’s steel industry swings way up! Aaaaand there’s no skilled Americans to take those jobs because as it turns out, they don’t teach metal working in cushy four-year universities to people majoring in Women’s Studies.

I’m not just being cheeky here. The number one problem businesses are having is finding skilled and qualified workers. With everyone on a “college degree for all” bender, no one is getting marketable skills to join the workforce. Much less skills that warrant an ever-increasing minimum wage.

Oddly enough, the American education system was built to generate “good workers”: people smart enough to do a job, but compliant enough to never question why. The ONE thing public education was supposed to do and it can’t even do that now.

This isn’t a new phenomenon. Mike Rowe of “Dirty Jobs” has been pointing this out for years. So yes, the cost of a skilled American tradesman will naturally have to inflate. Higher costs in labor means higher costs for goods and services.

Saving or creating jobs is all well and good, but if you don’t have a willing or able workforce what difference does it make? Either you hike up the wages for the few who can fill those positions, or you just made an awkward case for H1-B visas.

But isn’t the crack-down on immigration supposed to also protect American jobs?

China receives two-thirds of the soybeans exported out of the United States… much of which comes out of fly-over states no one cares about until election season rolls around. What happens when American farmers are hit with Chinese tariffs?

One word Americans of all political stripes resent: Bailout.

The American Soybean Association had this to say about it:

“It’s a whole lot easier to not wreck a car in the first place than it is to think about what a repair might look like.”

According to Farm Journal, “President Trump’s aides are looking at ways to use the Commodity Credit Corporation (CCC) Charter Act, a division of USDA created in 1933 to offer financial backstop for farmers.”

The sour taste from the TARP bailouts hasn’t even left the mouths of the citizenry and already there is talk of new bailouts. With what money? Steven Chapman writes:

“Federal debt now equals 78% of GDP, the highest since we had just finished fighting World War II. The CBO says that under current policies, it can be expected to ‘approach 100 percent of GDP by the end of the next decade and 152 percent by 2048. That amount would be the highest in the nation’s history by far.’”

It seems like it costs more to “protect” American jobs and industry than it did to just not do anything at all. Trump is seeking $23 billion for his wall and enforcement in fiscal year 2019. Seems a long way for a hotdog. Spending $23 billion to save $5 billion is about as awesome as spending $400,000 to save a $60,000 job.

Prohibition masquerading as protectionism is a sorry excuse for a free market solution to anything. Tens of billions in tariffs, bailouts, and immigration enforcement, and all this to create jobs Americans either don’t want or can’t do? Only to pawn off the costs on generations yet to be born, no less!

After 20 years the SCOTUS agrees to hear a case regarding […]