Your body is being tracked, and you could be unwittingly building a case against yourself! 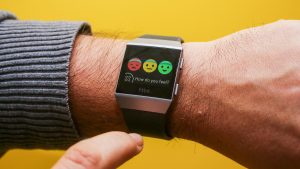 During a fire at his home, Ross Compton was glad he had a pacemaker. Unfortunately, the same device responsible for keeping him alive “tattled” on him.

Of course, other suspicious circumstances helped get him arrested for arson, but it was the data inside his pacemaker that was the tipping point.

The key part of the Journal News story sums up his arson indictment nicely:

The data taken from Compton’s pacemaker included his heart rate, pacer demand and cardiac rhythms prior to, during and after the fire.

A cardiologist who reviewed that data determined “it is highly improbable Mr. Compton would have been able to collect, pack and remove the number of items from the house, exit his bedroom window and carry numerous large and heavy items to the front of his residence during the short period of time he has indicated due to his medical conditions,” the court documents state.

Obviously, I’m not defending arsonists. And it may seem like this is a case where it was justified for the police to get a warrant to seize the data in the perp’s pacemaker. But is it really that black and white?

What about the 5th Amendment (the right not to self-incriminate)? How much “security” do we need in exchange for our privacy?

Enter Fitbit, and the new age of the “digital witness.” In a weird murder case without human witnesses, just about every digital tool was accessed…

Fittingly, the case was dubbed the Fitbit murder, and walking data from his wife’s Fitbit device showed the husband wasn’t telling the truth.

The husband’s case awaits trial. Remember, no witnesses or other suspects. Will this be the first case where someone gets convicted of murder mostly from data?

Do we want the kind of society where our own devices can be used to incriminate us, or possibly suggest a different version of a story than what actually happened?

An Apple Watch has even been used to suggest a supposed “victim” of a home invasion may have staged the break-in.

The watch measures heartbeat, and assuming it was measuring the heartbeat of the “victim”… her story is off by almost 3 hours.

But these are all criminal investigations. What about you?

If you think you have nothing to hide, think again. Any one of your digital devices can provide a “connection” to a place, person, or weapon that law enforcement needs to make your life a living hell.

All trackable to your location, voice print, words, heart rate, number of steps, blood pressure (so “they” know you take medication, and can discover what kind).

And if they assemble enough data, any Government agency, law enforcement official, or criminal hacker can form any “case” they want to, even if you’ve done nothing wrong.

In fact, the average American may be committing three felonies every day because of vague legal definition, and the disappearance of intent:

The “new technology” Mr. Silverglate is referring to are the devices I’ve listed above.

As a “cherry on top” of this privacy fiasco, the NSA has intercepted Cisco routers during delivery to the consumer, so they could “bug” them.

In the document, an internal newsletter from June 2010, the chief of the NSA’s Access and Target Development department explains the process of intercepting routers, servers and other internet hardware to install beacon implants, then resealing them and sending them on to targets.

Think you could never be a “target”?

Bottom line… as the stories above illustrate, your private life is an open book that any Government agency or individual with cheap technology can exploit.

And who knows how some stranger (including law enforcement) will use that information? So you need to start protecting your privacy any way that you can, right now…

That’s why you should get our new “Go Off the Grid” report, which is your blueprint for living a truly private life. Here are a few of the things inside…

P.S. Crimes used to require “criminal intent.” But because most prosecutors don’t want to (or can’t) understand technology, your digital devices can link you to crime without intent or your knowledge.

The truth is, even the most innocent people with good intentions can be linked to anything else in our hyper-connected society.

And it doesn’t matter if your digital device “tattles” on you to make that connection.

Get my special report today and learn how to go completely “off the grid,” without having to move out to a cabin in Montana. You won’t even have to leave your couch.

In the US, the 5th Amendment protects your right to […]