Brett Kavanaugh is both a lesson and a warning when it comes to the importance of due process.

His treacherous record when it comes to due process is the biggest reason to deny him the SCOTUS appointment. 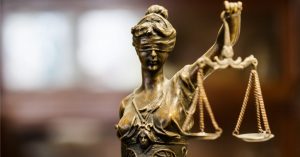 The hearings surrounding Brett Kavanaugh have brought to the forefront several issues confronting the US.

First there is the very serious nature of sexual assault. As a society, I truly believe people understand the severity of such crimes. That some see more shame than nobility in coming forward is unfortunate, and still needs work.

Second is the vital importance of due process. As a society, I truly believe people intellectually understand the need to defend the rights of the accused. Unfortunately, Americans also seem particularly vulnerable to partisan bandwagoning.

In both, individual rights need to be respected. Can we believe Dr. Christine Ford’s claim that she was sexually assaulted, but suspend judgement regarding who the perpetrator was until the facts play out in court? I think so. I think the moment anyone puts themselves in the position of the accused they have little choice but to appreciate due process.

The problem with how many people perceive laws and regulations is, they think it’s for everyone else. We don’t criminalize murder because you or I would murder someone! We criminalize it because an unknown constituency within our midst would murder someone, and victims need recourse. But if you insist you’d never murder anyone, and suddenly find yourself accused of that crime, you would also want recourse.

Kavanaugh raises a much larger issue than that of what happened at a house party in 1982. While he sits there being accused of a crime he vehemently denies doing, he is getting a taste of his own medicine.

Let me be abundantly clear on this point: EVERYONE has a right to due process, and what I think of them or their politics has no bearing on that point. I don’t think Brett Kavanaugh “deserves” to have his right to due process trampled. But it’s happening just the same, and whether it’s coincidence or karma, people should pay attention.

Kavanaugh has a horrid record when it comes to the 4th Amendment of the Constitution:

“The right of the people to be secure in their persons, houses, papers, and effects, against unreasonable searches and seizures, shall not be violated, and no Warrants shall issue, but upon probable cause, supported by Oath or affirmation, and particularly describing the place to be searched, and the persons or things to be seized.”

Kavanaugh believes tracking someone’s whereabouts through an actual GPS device without a warrant or consent is not a violation of the 4th. He was on the wrong side of the SCOTUS on that assessment. In fact, tracking the whereabouts of an individual IS considered a search and therefore requires a warrant.

He also sees no problem with the NSA’s metadata collection.

“According to Kavanaugh, the Fourth Amendment allows for searches ‘without individualized suspicion’ when the government demonstrates a ‘special need’ that ‘outweighs the intrusion of individual liberty’.”

What sort of implications does a Brett Kavanaugh appointment have for Americans and even those who wish to visit the United States?

Remember Senator Ted Kennedy killed a woman and still was elected to be part of the legislature. It’s not their scandalous past that has any bearing on the rest of the citizenry. It is their voting record. He played an integral part in No Child Left Behind and the Affordable Care Act. So, while he was an unscrupulous human being, he participated in some monumental policy making that was unaffected by his personal ethics, but very much affected by his politics. Yet, to this day you can find liberal tributes to the “Lion of the Senate”.

Kavanaugh will not be writing law. He will be interpreting it. Given that, what do you think his position might be on the TSA’s “Quiet Skies Program”? Honestly, will any deviant acts in his 20’s have any bearing on that position? Not likely.

If you haven’t heard of it, it’s a once secret TSA program that “specifically targets travelers who are not on terrorist watch lists and are not under investigation by any agency.”

The story was broken by the Boston Globe, and is now getting media coverage.

According to Truth in Media, a Federal Marshal could follow ordinary US citizens if they:

Important to note that the individuals who are followed aren’t necessarily on any other watchlists or have any criminal history whatsoever. The notes and observations kept by the marshal are filed with the Department of Homeland Security. For what purpose? We don’t know, as the DHS says it’s not shared across other surveillance platforms or agencies.

True to the TSAs track record, up to 35 to 40 people are followed daily by Federal Marshals; and of the so far 5,000 people selected, none yet have been determined to pose any threat. Estimated to cost $800 million per year, Americans are left with no additional safety to show for it.

Do we have any recourse in Kavanaugh for all these “watchlists” and surveillance tactics? It would seem our civil liberties are optional based on his record thus far.

I don’t participate in American politics. I opted out as an expatriate. But while Americans were distracted with a drunken debacle that happened in 1982, the House passed a bill to make the Trump Tax Cuts permanent. That’s estimated to add an additional $631 billion to the US deficit.

I’m all for tax cuts, but with that should come spending cuts. Instead, a bipartisan spending bill passed both the House and Senate to the tune of $853 BILLION, 70% of which is dedicated to the Pentagon.

Whether Brett Kavanaugh is guilty or not of the allegations leveled against him by Dr. Christine Ford remains to be seen. What doesn’t remain to be seen and is in fact in PLAIN sight for everyone to see, is his record as a judge.

He has no qualms about violating the due process rights of individuals. That that should be more than sufficient to keep him off the SCOTUS bench.

Americans will feel the inevitable ripple effect of Trump’s tariffs, […]