The “consultation period” on Bill Morneau’s tax proposal is closed and the Canadian middle class is rightly concerned. 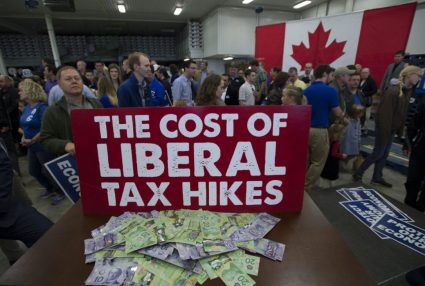 In the 75-day consultation period on Canadian Minister of Finance, Bill Morneau’s, tax plan leading up to October 2nd, I happened upon a petition in firm opposition to it. Naturally, I looked into it because I also oppose taxes no matter where I am!

This plan looks like a disaster. Morneau recently conceded that some “tweaks” and “changes” will be needed to serve “ALL” Canadians. It didn’t take me 75 days to figure out that this was a non-starter. Put aside my personal disdain for taxes, what this could potentially do to retirees of family owned businesses and entrepreneurship in Canada is far less “fair” than any existing disparities in the tax code itself.

“The highlighted concerns that Morneau has signaled he will seek to fix include: avoiding any change that would complicate the intergenerational transfer of family farms; ensuring women entrepreneurs will be able to put away money within their firms for maternity leaves; and making sure businesses won’t be subjected to additional, onerous administrative work.

“Morneau also said this week that he would make sure angel investors and venture capitalists — whose financing so often helps start-up firms grow — won’t face “unintended consequences” from the tax changes.” (Source: From Press)

The claim is that Canada’s tax code had too many “loopholes for the rich”. But only about 1.5% of Canadians make over $200,000 per year, so it seems rather anti-progressive to destroy the middle class with a policy meant to take aim at the top 1%.

There is the issue of closing the gap between corporate income tax and individual income tax. The former is lower, and the assumption is that money will be invested or reinvested back into the business if not taxed. That isn’t a wrong assumption either. The thing is, that reinvestment might not happen in the same year. And it’s silly to think it would.

You can have several great years, and then get hit with any number of unfortunate events from a huge expense (replacing equipment for example) or an economic event you can’t control like a recession. Thankfully those things DON’T happen regularly! But when they do happen, they hurt. Having a savings only makes sense. There’s also putting aside for non-rainy day things. Like upgrading equipment! Larger office space!

Only a totally disconnected politician wouldn’t understand what is otherwise common sense among private sector individuals and businesses.

Of course it really isn’t anyone’s business what you do with your money, but many Canadian businesses invest the money in passive income opportunities so their money can grow while it sits there. Which also makes sense over the pathetic alternative to low, zero, or negative interest rates in a bank. And they pay the capital gains tax on those investments as well, by the way. How this creates “unfairness” I’m not sure because strictly from a government standpoint, they’d not have seen the capital gains taxes from those investments had they just taxed that invested income in the first place.

According to David Steinberg of Ernst and Young Canada:

“The government is proposing to eliminate this perceived tax advantage by effectively increasing the tax rate substantially on earnings from corporate after-tax income reinvested in passive investments that are not related to the corporation’s active business.

“Although the proposal documents state that the new rules would only apply on a go-forward basis, no details were provided on how passive assets currently owned by corporations would be grandfathered under the existing rules.”

It seems this proposal is moving the goal posts for quite a few folks.

Doctors, who are apparently portrayed as greedy by the Trudeau administration, are among the many small business owners that will be affected. Take a look at Ontario, for example:

“Dr. Charles Shaver, chair of the Ontario Medical Association’s section on general internal medicine, said Morneau’s proposals were unfair to the OMA’s 29,900 doctors — 69% of whom are incorporated — because the OMA negotiated the right to incorporate in lieu of fee increases with the Ontario government.”

The OMA President, Shawn Whatley, warned that this tax proposal, “could create a staggering 73% effective tax rate on the earnings from investments held inside professional corporations.

“This comes in addition to eliminating income splitting, paying tuition for children in college, and other changes. The loss of these benefits will affect physicians who are sole income-earners, on parental leave as well as those on sick leave. It will impact doctors at all stages of their careers.”

Small farmers are also concerned. Many are family run, and passing down the business intergenerationally would look something like this:

“…[F]armers are concerned the Liberals tax plan will affect their ability to pass their farms onto their children in three different ways: by changing how capital gains for family members are taxed, how dividends paid to family members on the farm are taxed and how passive income is taxed.

“The way the proposed new tax rules are written, Gartner said, an older farmer who wants to sell a $4 million farm would pay $500,000 in tax if they sold the land to an aggregation company or a neighbor but would pay $1.64 million if they sold it to their children and the children used money generated by the farm to pay for the purchase.”

One example offered by the Huffington Post by Tim Paziuk, suggests that the tax hike could affect a middle-class pensioner by up to 700%! It sounds extreme if not exceptional, but when you read how it plays out and who it would apply to, it sounds horrific. “Joe” is the main character of this example, and here’s an excerpt of what the proposed tax plan would do:

“Of the $72,000 Joe has in income, almost $65,000 of it is from dividends coming out of his investment company. What this means under Mr. Morneau’s proposed ‘fair’ tax changes is that Joe’s retirement income is going to be reduced from approximately $68,000 to less than $45,000.”

So long as this proposal draws breath, nothing good can come from it. Canadians, however, are in an interesting – if not advantageous – position. If they don’t like it, they can indeed LEAVE! I’m not saying this to be glib. I’m suggesting it as a solution. Canadians are fantastic candidates for expatriation! They could give up their tax residency in Canada, whereby absolving them from all the afore mentioned nonsense; relocate themselves and their businesses to someplace like Panama (changing only 3 little consonants to their country of residence!), and live out their days tax free!

The US topped twenty trillion dollars in national debt and […]