The global response to erratic US policies is to find a way to walk away from the US and the US dollar. 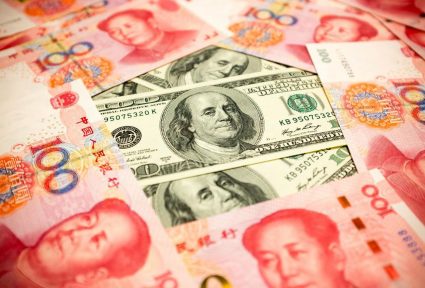 There’s been a lot of criticism on my end toward Trump’s economic policies both domestically and internationally. And for the most part, I’ve focused on the domestic consequences. The consequences are immense, without a doubt. But the international response is worth examining.

When dealing with an economy as large as the United States, we naturally expect their policies to severely impact other economies around the world. Other countries are frustrated with the volatility and erratic economic policies coming out of the US.

One minute the US is trading; next minute there’s tariffs and sanctions. The US political climate has jerked a lot of her own businesses and constituents around, but it’s done the same to several countries.

When the US decided to reinstitute sanctions against Iran, it stung a lot of businesses around the world and upset their respective countries, pulling the rug out from under both. Airlines, automotive, fuel, and hospitality industries all felt the blow. Why? Aren’t they still free to continue to do business with the Islamic Republic? Yes and no, because what’s to prevent the US from applying sanctions on any country who dares defy them?

Remember: about 3 years ago, Obama LIFTED the trade sanctions on Iran, and now Trump has undone that. This is the erratic behavior I’m talking about.

The European Union is clearly tired. They are considering switching out of the US dollar to the Euro after the US withdrew from the Iran deal. Germany, France and the UK have already agreed to a dollarless trade agreement with Iran.

It took the better part of a century for the United States to establish its dominance as the global reserve currency. It’s not going away in matter of a few months or even a couple years. But the gears are in motion.

Associate Professor at the Department of Economics at Colorado State University, Ramaa Vasudevan contends to RT that, “the international system will change dramatically. Rapid development of blockchain technology along with rooting of virtual currencies is reportedly set to bring about the changing process.”

He goes on to explain:

“Dollar dominance does not depend simply on its use to denominate trade, but on the dollar’s role as the pivot of the international financial system – the fact that about 88 percent of the average daily turnover of foreign exchange instruments is against the dollar, in contrast to the share of the euro which is only about 31 percent.”

There are issues to address, obstacles to overcome, and analyses to be done. However, there is a growing number of willing countries to undertake all this. It is a series of baby steps, and if the EU is willing to trade globally outside the dollar, this can only help the overall cause of getting away from the disproportionate dependency on the US dollar.

Russia has been on the receiving end of volatile foreign economic policies out of the US for decades, and is eagerly trying to reduce their dependency on US currency, if not expedite the transition:

“Russia has been seeking the ways of decreasing the dependence on the US currency after Washington and its allies imposed sanctions against Moscow in 2014. In May, President Putin said Russia can no longer trust the US dollar-dominated financial system since America is imposing unilateral sanctions and violates World Trade Organization (WTO) rules. Putin added that the dollar monopoly is unsafe and dangerous for the global economy.”

In fact, with locals opting for the ruble over the US dollar in their deposits and loans more often, one of Russia’s largest banks, VTB, looks to reduce their dollar based transactions.

Russia, China, and Iran are your usual suspects though, right? They are the countries people expect to resent the US and act out against it. But China has been on a sales circuit for the last 8 years or so, talking about being added to the IMF reserve basket and launching the Petro-Yuan, and convincing a good amount of countries to participate yuan trading and currency swaps:

The argument is that the tariffs are disproportionate with the US getting the raw end of the deal. But on the whole, things were actually starting to equalize. For example, in 1993 the average US tariff was 5.6% while China’s was 39.1%, and the rest of the G7 nations (minus the US) was around 6.8%.

Trade barriers were being chipped away. This was a matter of conversations and good faith gestures, not a cause to start trade wars. I mean, who starts a trade war with someone over 0.7% difference in overall average tariffs?!

It’s not JUST the tariffs. It’s the sanctions. It’s the bad faith. When the US insists upon behaving in such an unpredictable manner, economic confidence is worn down.

Ever wonder why wages aren’t going up in the US private sector despite the huge tax cuts? We saw bonuses, but haven’t heard a lot about increases in wages. Without accounting for inflation, Payscale surveys indicate an average of 1.1% increase in incomes in the full-time private sector. Meanwhile, the US also experienced 2.9% inflation.

Americans are just as confused as the rest of the world. Unpredictable policies leave businesses in a wait-and-see holding pattern. Sure, they can return some gains to shareholders, but they can’t exactly negotiate contracts based on today’s circumstances that might not be true next year.

It’s a slow journey, but I’m expecting that the US will lose her place as the world’s reserve currency. It might be a matter of a decade or so, but this sort of unreliable behavior will not only have countries abandoning the US, but businesses inverting out of the US.

The United States was founded on the principles of free and open trade and restricted (or NO) foreign entanglements. The US should be isolationists when it comes to war and active participants in trade. Instead they have withdrawn and isolated themselves when it comes to trade, and intervened needlessly in wars.