Trump’s decision to back out of the nuclear deal with Iran and reinstate sanctions on the Islamic Republic, was not well received by businesses or partner nations in the accord… including China. 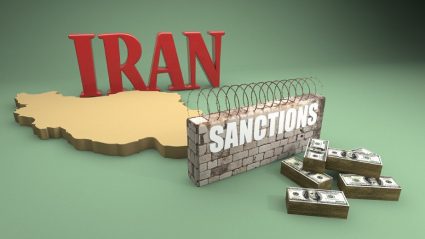 Just shy of three years ago, we did an article called “An Unsanctioned Iran?”. A little over a month after that, an accord was reach by the Obama Administration to lift the trade sanctions on Iran. And less than a week ago, Trump undid all of that, insisting upon a deal with permanent limits on uranium enrichment and missile development programs.

During that brief time, relationships were forged. While some were timid to jump right in – for reasons that are quite clear now – others wasted no time. Among the businesses to be affected by Trump’s decision to withdraw from the accord are:

1. Airbus had an order for 100 jets to be made for Iran, a contract with approximately $19 billion.

2. Boeing struck a deal for 110 plans for Iranian based airlines worth $20 billion.

4. GE received millions of dollars in orders from Iran last year for equipment and machinery for gas plants.

5. British Airways and Lufthansa picked up direct flights into Iran.

Iran boosted its oil production by a third since 2015. Sanctions on Iranian oil affect gas prices in the US. It’s not about whether the US itself buys Iranian oil. It’s about cutting off a supply of oil in the global market which will ultimately drive up the overall barrel cost of crude. The US not buying Iranian oil doesn’t supersede the basic laws of supply and demand. Global demand remains where it’s at, global supply is cut due to sanctions; that equals higher prices in gas at the pump. The US is already seeing it:

“Higher prices at the pump could hurt auto sales in the US and overall consumer spending.”

As if steel and aluminum tariffs weren’t enough, Trump triples down on the auto industry with an attack on gas prices. I don’t like the bailouts and cronyism the US government has had with its auto industry, but come on… I’m for eliminating special favors… not crippling an industry through nonsensical trade agreements.

In the past 3 years, Iran hasn’t really done anything to cause distrust in the accord. In fact, Germany, France, and the UK all vowed to uphold the agreement. In so doing, however, they risk secondary sanctions of their own from the US.

The EU exported nearly $13 billion in goods to Iran in 2017 alone, and Iran held to its commitment to roll back its nuclear program. But the US pulling out and the obvious implications continued business with Iran and the EU would have has certainly spurred distrust with Iran:

“If the government wants to make a contract, they should ask for a guarantee, or else they will all do just as the United States did,” said the Supreme Leader Ayatolla Ali Khamenei via Twitter.

The sad part is, “The West” is lumped together in this. Regardless of right or wrong, when the US does something, the EU tends to get the blowback. When the US bails, the EU is seen as untrustworthy. And often the reverse is true. When extremists in Saudi Arabia perpetrate some horrible crime against humanity, Iran is lumped in with them as being barbaric and backward.

Still an unsustainable and unhealthy amount of misunderstanding between the West and Middle East.

Iranian President Hassan Rouhani is a moderate cleric. From his standpoint, this accord was to mark a turn in economic tides for Iran while simultaneously demonstrating that diplomatic measures are an effective means of accomplishing that goal.

His failure to hold it together has some extreme implications. Much like when Germany fell into an economic depression after the Treaty of Versailles, leaving the country vulnerable to extremist leadership, so too could Iran.

If moderation and diplomacy prove to be a failed approach, does the world face a more radicalized Iran?

Culturally, Russia and China aren’t exactly two peas in a pod. They have clear differences. But they have put aside those differences, and made efforts to achieve better understanding. They did this because of their trade deals. They embarked on a long-haul endeavor to work around the US, and if that’s going to be successful, petty misunderstandings about intentions and culture are not an option.

China might be a lot of things, but petty isn’t among them. They are opportunistic. China MIGHT be able to poise itself as an alternative for the EU nations that want to stand by the agreement:

“Tytti Erästö, a researcher on nuclear disarmament and non-proliferation issues at the Stockholm International Peace Research Institute, said, however, that even if Washington did reintroduce sanctions on Iran, China could circumvent them as it was ‘less dependent on the US economically’.

“’Even if Europeans have the political will to oppose the reimposition of US extraterritorial sanctions, their companies and banks are effectively deterred [by them], due to their extensive ties with the United States,’ she said.

“Nonetheless, if China and the EU jointly condemned any US sanctions, and found legal and economic ways to oppose them, it would send a clear political message to Washington, Erästö said.

“’China could help the EU to circumvent the US sanctions by offering alternative financial networks for conducting business with Iran,’ she said.”

After all the tariffs Trump leveled on China, Erästö is right in that China is now less dependent on the US economically (whether it likes it or not). I’m hoping the EU and China start talking about a more serious partnership that helps them all maintain free trade on their terms, rather than on the US’s terms. This would be an incredible political statement to the US, as well as an incredible new benchmark for China on the global stage.

Ironically, China might be the global competition the US needs to keep it in check and free up its markets. That is a delicious notion, indeed.

Is There No Incentive to End Wars & Cure Diseases?

In a system rooted in cronyism, is there any incentive to […]