EU deals search giant, Google, a $2.7 billion penalty for favoring itself over its competitors. 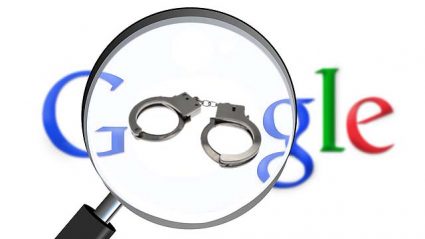 Google just got slapped with what might be one of the biggest penalties in EU history. What it has done is in direct violation of the EU’s… Altruist Rules. Until now, I didn’t realize they had those. But they do!

They have been charged with “unfairly directing users to its own products rather over those of its rivals”.

Google “must comply with the ruling and ‘end the conduct’ within 90 days or face additional fines. Penalty payments can reach up to 5% of Alphabet’s — Google’s parent company — daily average worldwide revenue”.

Back in 2014, Intel was fined $1.4 billion for “the European Commission found that Intel harmed its rival and consumers by giving unlawful rebates to retailers and PC makers like HP, Dell and Lenovo”.

Google has its hand in several jars, and it ought to go without saying that it will cross market its products. But they are big, and by EU standards, “it does have a responsibility to ensure it doesn’t abuse its position by taking actions that negatively affect its competition”. Okay, but that would mean not to make slanderous claims. Not out marketing, out bidding, or out spending their competition!

In the US, GM has out-spent their competition year over year to maintain their share of voice in the market. That hasn’t ALWAYS resulted in parity share of market or upticks in brand index development, but they are the loudest voice in the American automotive space.

American politics have also demonstrated that the loudest voice and the biggest spender doesn’t necessarily amount to a win. In New Jersey, John Corzine spent $27 million to Chris Christi’s $11.4 million. In Atlanta, of the $56.7 million raised between the two candidates, Jon Osoff spent $32 million (or 56.4%) of it and lost.

Google has carved out a huge space for itself, but there are other search engines. And they aren’t hard to use or set as defaults. It’s not like having to find a small competing hardware store to avoid Home Depot or Lowes where you might have to drive around or be in any way inconvenienced. The end users need only choose for themselves that they prefer Bing, Yahoo, or DuckDuckGo.

I don’t understand the imperative for Google to help its competition in any way, and by them NOT helping them they are inherently harming them. That’s a stretch.

Regulators from each member state can claim “damages” and there are still two other pending investigations into Google’s business practices. The first, much like Intel, involves Google possibly making “unfair” arrangements with Android phone makers to promote their apps and services. The other involves potential restrictions they’ve made to third party advertisers through AdSense.

The EU doesn’t just strike at businesses, however. It seems they don’t like competition in general. In addition to their Altruistic Rules, they also have some rules on “Harmful Tax Competition”. Member countries can use their tax regimes to entice foreign investment… but not too much.

So while member countries maintain control over their tax regimes… really… they don’t. It’s kind of like the Department of Education in the US: YES, there is a 10th Amendment which clearly defaults education and marriage to the states, the federal government has since seen fit to ride roughshod over those rights… because this is what “democracy” looks like.

Here are a few examples where member countries had control over their tax regimes until the EU decided they didn’t:

All of this suggests one immutable thing: the EU is very much against free will, free markets, respecting sovereign boundaries, and competition. Here’s the really terrible part… these investigations paved the way to opening the doors to even more: 35 companies to be exact.

It’s no wonder you had members of UKIP calling out the stagnation of the EU market. Euroskeptics are indeed upset with the lack of sovereignty their respective member states have. Controlling their taxes but also holding trade agreements hostage with non EU nations. It’s taken a toll on the EU economy, to be sure.

It makes sense that these member nations defend their tax agreements, and further that these businesses would contest these charges. The EU is making doing business in Europe incredibly hostile to large corporations that bring wealth and jobs to their otherwise economically stagnant region.

Especially with countries like Ireland who are desperately looking for ways to move past their bailout, they need every edge they can get.

Google’s fines are desperate money grabs by a desperate region. I wish them the best in their appeals.