40% of the US economy is about to become insolvent in the next sixteen years, and neither Congress nor the President has lifted a finger to do anything about Medicare and Social Security. 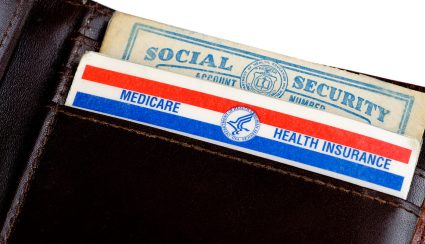 Margaret Thatcher wasn’t wrong when she observed that the biggest problem with socialism is that at some point, you run out of other people’s money: and that is PRECISELY what’s happening with Medicare and Social Security.

Let me get in before the initial line of defense: “People who collect on those things paid into it.” You aren’t collecting YOUR money. You’re collecting someone else’s money. There’s literally no discernable distinction between a Ponzi Scheme and these programs.

People aren’t having children. People are expatriating. People are dying. And those three things are happening at a faster rate than the population is being replenished.

The US is starting to see the beginnings of this phenomenon. The US birthrate is slipping for very similar reasons to Japan’s. Economic uncertainty in wealthier nations is among the many possible factors that plays a role in this.

But if the current beneficiaries of programs like Social Security and Medicare rely on a prolific and successful younger tax base to stock the funds, what happens when that population shrinks and the remaining population is underemployed? Now couple all that with inflation and you have an economic crisis on your hands.

A recent report suggests that Medicare will reach insolvency three years sooner than originally anticipated. By the year 2026 (eight years from now), it will no longer be able to fully cover inpatient care. Sixteen years from now, Social Security will be in a similar boat. About 20% of the US population receives Social Security benefits, and 20% receive Medicare benefits. The two programs combined account for 40% of government spending and they are running out of other people’s money.

Of all the promises Donald Trump ran on, he chose to keep the one that doesn’t cut Social Security or Medicare. But where are spending cuts coming from? It’s one thing to cut taxes, it’s another to leave spending where it’s at. If billions in savings can be found in the Pentagon who has a lower annual budget than these two, then imagine what sort of waste, fraud and malfeasance are happening in these two programs.

The brain trust in charge of Social Security has no idea how to manage wealth and assets, that’s due in large part because their livelihoods aren’t directly linked to the successes and failures of the accounts they manage.

What if I told you there was no trust fund?

What if I told you both of those programs are entirely unfunded liabilities, and that the numbers you’re reading about only exist on paper?

“[Social Security and Medicare] are pay-as-you-go systems, where money put in the trust fund is used to pay current beneficiaries. Since workers historically have paid more into both funds than beneficiaries used, both funds sported a surplus.

And since the federal government borrows the surplus from both funds to pay other expenses, the only thing in those trust funds are special, non-negotiable, interest-bearing IOUs. That means that when the government needs to draw on trust fund assets because beneficiary expenses exceed revenues — which is currently happening for both funds — it must take the money from general revenues or borrow it. (Note: Medicare has four parts, Part A, B, C and D. Only Part A, which pays for hospital expenses, has a traditional trust fund. Parts B, C and D all draw directly from general revenues.)”

That money, however, was all invested in US Treasury Securities. Remember how the American people are the greatest holders of US debt? Okay, well, since the money being held in these US securities, it’s technically money lent to the US government to spend on whatever it wants. The only way to cash them in is for the US to borrow more money to pay itself back.

“In other words,” writes Matthews, “the government takes money from revenues or debt and shifts it from the current account pocket to the trust fund pocket and, voila, the trust fund has assets to pay its obligations.”

Obamacare included two new Medicare taxes and it’s still careening toward insolvency. Those tax hikes came with the additional plan of just reducing Medicare reimbursements by 40%. Oh! Is that how it works? And the government just expects doctors to continue to take a fraction of the payment because… reasons?

I would expect that between the paperwork and bureaucracy as well as drastically reduced reimbursements, you will find even LESS doctors to service these Medicare eligible clientele. What good is insurance if it’s not accepted anywhere?

Could the private management of these funds have yielded better results? Considering I’ve had a far greater rate of return with my mediocre options trading than Social Security has seen, I can only imagine that any professional investor could look at Social Security’s numbers and make a similar claim. But to have so much money in one place like government securities, means they weren’t even considering a financial crisis that would set that fund back a lot.

The TSA is grasping at straws to find some justification […]