Republicans fail to deliver on the primary promise they made to the voters: Repealing ObamaCare. The cost of that failure will fall squarely on the shoulders of taxpayers. 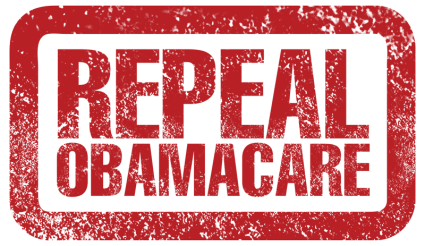 The ONE issue that got Republicans elected was the promise of repealing ObamaCare; and that turned out to be a monumental failure.

Congress members went from an overture of anti-ACA rhetoric and promises of rescue, to equivocating on the finer points of the proposed bill, to ultimately failing to pull through.

And perhaps their selling out on this is best explained below:

This observation reminds us all to FOLLOW THE MONEY! And indeed this boondoggle was never about helping the indigent and sick. If it was, it wouldn’t be creating more indigent and sick! It was about sucking money out of the private sector, and financially crippling it out of choices.

The ACA was and remains a horrible idea and an even worse policy in practice. We’ve followed this issue closely because it has put the squeeze on businesses of all sizes and subsequently the US economy as a whole.

Premiums are continuing to rise. That’s due in part to all the various things health insurance is mandated to cover. The mandates aren’t just on the individuals. They are also on the insurance companies. But most Americans don’t need or want that level of coverage.

So people dropped out, which means less healthy people and money in the risk pool. Couple that with high liabilities within the risk pool due to the preexisting conditions and other mandatory coverage, and you have higher premiums, and higher deductibles.

Insurance companies offer higher deductibles so as to keep the premiums lower… but there is a point of diminishing return here. At some point it makes no sense to have anything more than catastrophic insurance and nothing else. The deductible is so high, you’re better off with a Health Savings Plan.

In 2016, 6 million Americans decided to pay the penalty rather than buy insurance. If the mandate were lifted, another 15 million would opt out of insurance at the current rates.

“Aetna CEO Mark Bertolini said that ObamaCare was only ‘getting worse’ because there weren’t enough young, healthy enrollees to pay for the sick people covered by the ObamaCare exchanges. Bertolini said it was due to ‘how poorly structured the funding mechanism and premium model is,’ as premiums keep increasing with the death spiral, causing less people to sign up, and thus resulting in even higher premiums.”

Here’s the real kicker: for as much as liberals complain about the low wages across the US and the unaffordable cost of living, ObamaCare has stymied wage growth. With most of insurance being provided by employers, as premiums rise, employers are less likely to extend pay increases to their employees when they are mandated to make pay increases to insurance companies instead.

What happens when that becomes too much, and employers opt for the penalties rather than pay the premiums for their employees, as many individuals have clearly already done?

“Congressional Budget Office estimates that the number of uninsured will increase to 26-28 million over the next ten years as more employers opt to stop offering insurance plans.”

The original problem, prior to ACA, was about 15% of Americans had no insurance. But it wasn’t necessarily because they couldn’t afford it. Some didn’t see the point in paying for it because it wasn’t very cost effective for the lack of medical needs they had. It made more sense to pay out of pocket.

“By 2018, the Congressional Budget Office estimates that ObamaCare will spend $63 billion on insurance subsidies for 10 million people.”

The problem with that is 8 million of those aforementioned people had coverage before the ACA was enacted.

This law has saddled the United States’ economy with unsustainable economic hardship. This is why of the 23 exchanges that were created at the inception of this bill, 15 of them have since shut down. There is little to no choice in many states for ACA exchange policies. States can’t manage their new found Medicaid burdens.

There was already an impending primary care doctor shortage in the United States, but that was accelerated by the ACA. The shortage of doctors overall, are now leading to longer wait times in emergency rooms.

All the problems with healthcare that the ACA was supposed to address and fix, it exacerbated and expanded. And Americans are stuck with it until a sufficient amount of sense can come together in the halls of congress. I advise NOT holding your breath.  It might be faster, in fact, to seek residency in another country!

The ACA is a failure at its stated purpose, as is the Republican Party. But failure always comes with a cost, and that cost is going to be passed down to the taxpayer. As J.T. Young observes:

“ObamaCare shows what occurs when government tries to enforce a market. By applying subsidies to one or both sides of the economic equation, its enforced market cannot exist without continued government subsidies in the short-term, and becomes unsustainable in the long-term as politics compounds subsidies’ distortion.”

The idea that the opposition to ObamaCare is somehow “cold-hearted”, “cruel”, or “uncaring” is such a distorted assessment of the entire healthcare issue in the United States. If any solution entails that those who once did not suffer should now suffer, then I want nothing to do with it. That rearranging a problem; not solving one.

Venezuela's economic collapse is a series of examples of what […]