Cryptocurrencies are further scrutinized by the same government that claims jurisdiction in other countries. 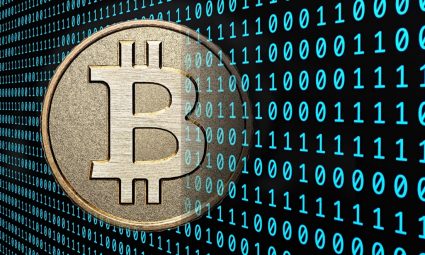 Cryptocurrencies continue to be targeted and scrutinized by the government, and the government has already demonstrated there are no lines they won’t cross to get this under their control. Right now, there is no actual policy in place, per se. There are demands placed on the DHS for policy and protocols, so all that remains to be seen.

About two months ago, I wrote about the “Combating Money Laundering, Terrorist Financing, and Counterfeiting Act of 2017”. Well, there’s another law called “Countering America’s Adversaries Through Sanctions Act”. The former has more to do with tracking sums money greater than $10,000 moving internationally. The latter has to do specifically with sourcing and monitoring “illicit finance, including evolving forms of value transfer such as so-called cryptocurrencies”.

So now, cryptocurrencies are being called “illicit finance”? Adding another layer to the smear campaign on financial freedom seeking, the feds subtly slip in the politi-speak “illicit finance”. Is that like how marijuana is called an “illicit substance”? It would be funnier had I not been watching what the war on drugs has done to people for the past 35+ years.

America has paid dearly in both blood and treasure for their precious war on drugs. Expect the same results from a war on money.

In theory, they are meant to combat terrorist funding and enforce sanctions on countries. But wait. Just in case these two bills aren’t sufficient, there’s a THIRD bill: “Homeland Security Assessment of Terrorists Use of Virtual Currencies Act”.

“…[T]he Under Secretary of Homeland Security for Intelligence and Analysis…shall, in coordination with appropriate Federal partners, develop and disseminate a threat assessment regarding the actual and potential threat posed by individuals using virtual currency to carry out activities in furtherance of an act of terrorism, including the provision of material support or resources to a foreign terrorist organization.” (h/t Coindesk)

What is the purpose of this study exactly? Will the findings be used to justify categorically deeming all users of virtual currencies criminals, or at the very least suspects?

Hit the pause button on all this fear and excitement for a second. Logically speaking correlation is not causation. There are plenty of things terrorists do that everyday individuals do. They wear clothes, they drive cars, they eat, they engage in commerce. Let’s not open the flood gates of some tangential correlation being passable as probable cause. That’s egregious on its face.

The stated purpose of these various acts, and what they will likely become are two very different things.

Within a year to year and a half, the DHS must come up with a strategy for all these bills and their respective measures. How will that look? Images of sobriety check points come to mind. Dog barks, presumption of guilt for “illicit substances”, hand over your phone, found your bitcoin wallet.

Is that unimaginable? Remember when my friend Stephen Hilgart was stopped coming back into the United States from Canada? Just for giggles, he deliberately left several unread notifications on his phone to see if they would read them. They did. That same article references the 100 mile “Constitution Free Zone” around the perimeter of the United States. So if you’re thinking that the 4th Amendment will protect you, think again.

I’m not one for fear; but fear usually finds its roots in the unknown. And right now, what is unknown is what sort of Orwellian policy salad is going to get tossed in the next year or so to make this all happen. Detentions, check-points, stop-and-frisk, broken window policing, and asset forfeiture are all straight out of the drug war playbook. Can Americans expect more of this?

The government is looking for something wrong, and they are going to find it if it means redefining what wrong is! They might even redefine their jurisdiction. FATCA has already demonstrated that the United States has little compunction overstepping its boundaries (literally) and interfering with how other countries regulate their banking. Who’s to say they won’t do the same in their “collaborative efforts” fighting the good fight against “illicit financing”?

One example is the recent arrest of Russian, Alexander Vinnik. He was arrested in some beachside community in Greece after an investigation by the U.S. Justice Department, and other federal agencies. Here are the allegations as reported by Reuters:

That first point is pretty weak. What has my interest, and is not really elaborated on at all in the article, is the use of quotes around the words “received” and “obtained”.   Is there another way in which to interpret those words I’m not aware of?

“Linked” him to the failure of Mt. Gox? What’s the link? “Facilitated crimes”? In what way?

Vinnik owns BTC-e. “The exchange is one of the oldest virtual currency platforms. It allows users to trade bitcoin pseudonymously against a variety of fiat and virtual currencies, and is known in crypto-currency markets as having relaxed standards for checking users’ identity, and for not collaborating with law enforcement.”

So is this what is meant by “facilitating crimes”? Maintaining anonymity?

Let’s assume that he’s far more dastardly than these bullet points let on. I’m willing to play the jerk for a second and presume maximum guilt. Here’s the part I can’t ignore: He isn’t an American. Not by residency, by citizenship, or by personhood. He’s a Russian national found in Greece who did business with people who were American persons. But the United States saw fit to arrest him for violating US laws? Why isn’t Russia or Greece coming after him? Why the US? He’s going to be prosecuted in the United States’ federal courts as well!

The social contract lasso apparently spans the entire globe! People are constantly telling me, “If you don’t like the US, leave!” And I did. But for people who never come to the United States, how do they escape the long arm of American tyranny?

This whole scrutiny of cryptocurrencies reeks. I have WAY more questions than answers right now, but it would be ill advised to wait the 18 months for the DHS to roll out policies and strategies because by then it’ll probably be too late. Protect your assets: that includes your privacy, as well as information, and tangible wealth. If you need help with any of that, I am here.