Republicans have a narrow majority in Congress but even amongst themselves it’s difficult to figure out what their agenda is. 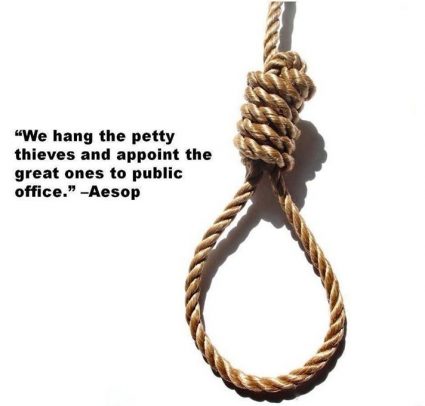 The United States currently has a Republican led Congress in both House and Senate; but It is quite a challenge to figure out what their agenda is moving forward. Their failure to repeal Obamacare doesn’t bode well for anything else that may follow.

The Trump administration talks about tax cuts by doubling the standard deduction and reducing an overall income tax obligation. It also talks about eliminating the State and Local Taxes (SALT) deductions.

This is a tough one. The claim is that anyone making under $1 million will see an overall reduction in their tax burden; but I don’t like the idea of giving up a deduction for it.

Disallowing property, sales, or state level income taxes is like moving the goal posts on the taxpayer more than it is about equity in federal tax contributions. I would sooner entertain writing off federal income taxes on the STATE level eliminating the write-off altogether. That double taxation just doesn’t set right with me.

The claim is that the rest of the country is subsidizing certain states that have high tax regimes like California, New York, New Jersey, Illinois, Texas and Pennsylvania. But while they “enjoy” this deduction, they aren’t enjoying much of a savings when you consider they still lose their money to some sort of tax.

More importantly, how dependent are these states are on federal funding? With the exception of Pennsylvania, these states aren’t really that dependent federally when compared with the others who would be ostensibly shouldering the burden of the write off.

Veronique de Rugy suggests that SALT deductions translate into: “Thanks to SALT, we [the state and local governments] can increase your taxes without upsetting you as much as we should.”

I disagree. IF the libertarian is really focused on localizing and decentralizing, then the Californian should be better off paying state taxes over federal taxes. In theory, the Californian is more likely to benefit from state level spending over national level spending. Or at the very least have more control over those funds that are within their state and local governments.

I’m not supporting INCREASING state taxes, but I do support keeping the money closer to the tax payers.

While I am rabidly against taxation, I am also opposed to a huge and bloated central government.  If a state deduction can starve the federal beast by even a penny, then how can I support the elimination of a SALT deduction?

Something to consider: the SALT deduction accounts for $100 billion annually of lost federal revenue.

The House offered up a budget that “set the stage for a potential $203 billion rollback of financial industry regulations, federal employee benefits, welfare spending and more. Those are policy areas where Republicans have, in many cases, already passed legislation in the House but have seen Democrats block action in the Senate”.

It is heartening to know that there are at least SOME Republicans who are calling for cuts in spending. This makes some Republicans squeamish; but should it? What is so Republican about contesting spending cuts? That was once the platform. Other hardline Republicans think this is a drop in the bucket, and they could do better to cut more!

More spending for the DHS and defense was proposed, so this isn’t an entirely responsible proposal.

On the one hand, DHS budget would see a 7% increase.  On the other, many programs administered by that department would see a cumulative cut of $600 million. The claim is that these cuts are for underperforming or redundant programs.

Per the House plan, “defense spending would steadily increase over 10 years while nondefense discretionary spending would decline to $424 billion — a drastic cut from the $554 billion the federal government is spending in that category this year”.

When Republicans like Charlie Dent of Pennsylvania oppose the cuts, it’s almost an endorsement that the House is on to something good.

Dent is fixing to retire in 2018 (a veritable GIFT to America). His legacy isn’t just in his fiscal weakness, but his abject defense and endorsement of cronyism.

The United States has the Federal Reserve Bank which basically monetizes the federal debt. Not its stated or intended purpose, mind you, but that’s what it does… backed by the full fail and credit of the United States (read: taxpayers).

The EXIM Bank (short for Export Import Bank) is another executive branch bank which is an export credit agency. It gives loans to businesses that export American goods. From its website:

“When private sector lenders are unable or unwilling to provide financing, EXIM fills in the gap for American businesses by equipping them with the financing tools necessary to compete for global sales. In doing so, the Bank levels the playing field for U.S. goods and services going up against foreign competition in overseas markets, so that American companies can create more good-paying American jobs.

“Because it is backed by the full faith and credit of the United States, EXIM assumes credit and country risks that the private sector is unable or unwilling to accept.”

You know what that sounds like? Student loans! But I digress.

Currently, EXIM Bank cannot grant loans in excess of $10 million without the consent of 3 out of 5 members of the board of directors. Mr. Dent wishes to eliminate that requirement.

Who benefits? Well Boeing has seen nearly 40% of EXIM’s financing. And nearly 60% of lending can be traced to 10 large corporations. The thing is, this bank isn’t really necessary. Less than 1% of small business jobs rely on this institution. Boeing could easily find other sources of financing; and most of the small businesses that are touted as being beneficiaries have likewise found private sector financing. So what gives? Why lobby so hard against a measure of accountability that really hasn’t slowed the economy one bit? Sweet below-market interest rates.

The Senate is not much better. They call for “$473 billion in cuts from Medicare over 10 years and more than $1 trillion from Medicaid. All told, Senate Republicans would cut spending by more than $5 trillion over a decade, though they don’t attempt to spell out where the cuts would come from.”

But as with anything the government does: it’s not that cut and dry. Various committees will sift through all of this and dilute it considerably.  The Associated Press makes this observation, to which I struggle to disagree:

“In reality, Republicans aren’t serious about implementing the measure’s politically toxic proposals to cut Medicare, food and farm programs, housing subsidies, and transportation. In fact, lawmakers on both sides are pressing to break open the measure’s tight spending “caps” on the Pentagon and domestic agency operations and pass tens of billions of dollars more in hurricane relief in coming days and weeks.”

I’m really trying to make heads or tails of the Republican agenda here. It’s difficult to tell what their priorities are or what they are trying to accomplish short of rearranging the food on the plate. The Republican Party is definitely divided. Are people supposed to cling to a handful of policies and call that renewed American greatness?

As they say: no matter who wins, the people lose.

After pacifying Catalonia for generations, Spain strikes at this once […]