The FCC decided to take steps in rolling back net neutrality.  Does the end user ultimately suffer, or hold the solution? 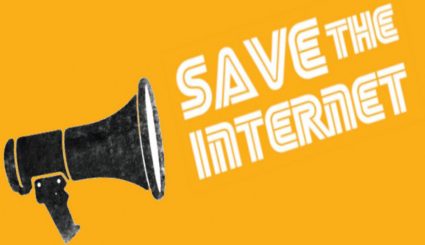 Net neutrality has waxed and waned over the past several years as yet another necessary evil to “level the playing field” in business. The purpose of net neutrality is the treat the internet as a utility service and regulate it as such. In so doing, the telcom corporations would no longer have discretion as to where the bandwidth would be allocated. That way providers who pay more don’t get better service than those who pay less. The argument was also that there would be more robust competition in the telcom industry.

I think it’s safe to say, telcom isn’t more competitive. There are still the dominant players in each region, and then one or two satellite internet providers. Customers are no happier with their telcom services than they were before net neutrality passed.

Throttling was made out to be some method of cheating customers out of service, and while that is certainly possible, it was also a means of getting MORE product to the customer at an affordable rate, as T-Mobile demonstrated.

Less than 2 weeks ago, the FCC voted 2 to 1 to undo net neutrality; the first step toward doing away with it for good.

This isn’t about consumers, per se. This is also about an overpriced relic who is trying to stay relevant by extorting customers to keep buying it if they want better internet service.

Remember back in the day when cell phones became mainstream? No longer was it just the wealthy who had cell phones, but the general public gained access as well. What did the landline companies do? They balked! And they fought for protection of their industry.

What happened when the internet became a standard in the home, and news and information became easily accessible online? Newspapers freaked out.

They had their fun, but complacency has a price, and human progress marches forward.

The latest prey of human progress is cable television. We’ve gone from TV replacing radio, cable rivaling regular broadcast networks, to digital and OTT (Over-The-Top) throwing down the gauntlet on cable. A growing majority of young viewers are gravitating toward OTT services like VOD, Roku, Amazon Fire, Hulu, and Netflix.

While I have no love for telcom companies and the nightmarish customer service they have become infamous for giving, I have even LESS love for the government. It’s clear that net neutrality was never meant to enhance the competitive landscape for the consumers. So let’s stop with the pretense.

Call your local ISP and chances are they are also your local MVPD provider. Comcast, Charter, Time Warner/Spectrum, and NCC are struggling to sell cable because cable is far more expensive than just subscribing to the OTT products and streaming them online through their internet services. What is allegedly happening is, these telcom companies are giving bandwidth preference to cable subscribers.

Put another way, throttling was used to slow the delivery of these OTT services. Under net neutrality, broadband providers could not charge the likes of Netflix and Google to pay more for faster delivery of their products and services, nor can they throttle these services.

The problem is bandwidth. So what is the solution? Certainly NOT more regulation; and in fact even less regulation than the simple abolition of net neutrality. Leaving the authority to allocate bandwidth to government will not lead to happy customers, especially if that means treating throttling as a criminal act. It’s not.

But the consumer is left with either paying more or getting less. Which might not necessarily be a bad thing if they have a choice. If they are okay with throttled video because they are only watching on a three inch screen, then no harm is done. If they want HD quality video streaming, are they willing to pay more for that? Perhaps they should.

Without net neutrality, online content providers are left to pay to reach their customer base and provide the services they want. What happens if Gmail pays to play and gets more bandwidth than Yahoo Mail? Google would essentially be buying Yahoo out of the space because who wants to use an email service that can’t transfer information from you to your intended party effectively?

Net neutrality is like taking an airline. Does the adult who is 5’10” and 300 pounds pay the same as the person who is 5’3” and 120 pounds? If we were dealing in freight the obvious answer is yes, of course the larger package costs more to send than the smaller one. But we’re dealing in people, and anti-discrimination laws prevent carriers from charging by size.  And while it might sound offensive to charge airfare by size and weight as they do for regular shipping, it’s not totally unfounded.

Video streaming takes more data and bandwidth than looking up information on your favorite recipe. Net neutrality says that all sites and online services are created equally and should not have to pay more to access their customers, despite the obvious disparity in bandwidth consumption. Without net neutrality, ISPs could charge content providers according to the bandwidth they require to service their clients satisfactorily.  People who support net neutrality don’t want the end user to have to pay more for services provided online that ultimately go back to the ISP.

I’m not seeing a problem with this other than the end user might wind up paying more for the online service than they were. But, therein lies the solution: the end user. What I don’t want with net neutrality is the government deciding what’s best for me. I don’t want the government saying I can’t have a more affordable data plan on my phone because the video was throttled on my 3 inch screen. What if I’m okay with that?! Don’t I, as the end user, have a say in the level of quality I tolerate from the providers I pay for?

If Netflix has to pay more to use more, then so be it. As it stands there is no price difference between and SD and HD subscription. (There is when you rent or buy, but not in the existing content.) Maybe there will be tiered pricing for SD and HD in their content then. Maybe cable networks will deviate away from the MVPD model and just host their programming online subscription based like online news outlets do. The end user no longer has to pay for countless networks they never watch. They can just buy the ones they like. Maybe even buy with or without advertising packages!

Let the consumers vote with their wallets and reviews. This is the ultimate solution to improved service and progress in the telcom industry. The government regulation of what end-users “should” have never leads to customer satisfaction.