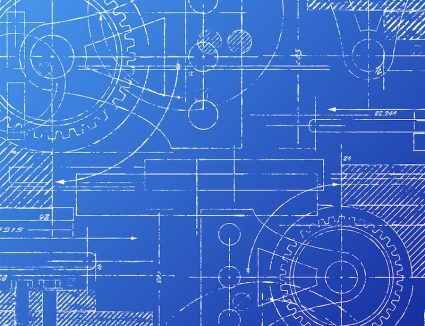 The Saudi Arabian Government used to be doing well economically, mainly because of their oil reserves. It doesn’t hurt they also have one of the richest GDPs in the world.

But after the last few years of on-and-off recessions and a steep decline in oil prices… Saudi Arabia’s economy is tanking, and fast. They need a major influx of cash.

Recently, the Saudis decided to offer an IPO on their national oil company, Saudi Aramco. The move is predicted to generate $100 Billion.[1] But that’s long-term.

For the short-term, they are resorting to outright theft to get the money they need to restore their economic health. But strangely, they haven’t gone after the poor to get it…

Instead, they arrested some of their wealthiest citizens and have frozen thousands of bank accounts in a desperate cash-grab to balance their economy.

No courts, no trials, and no fairness involved.

They’re also encouraging these wealthy patrons to voluntarily donate up to 70% of their wealth directly to the Government.

In exchange for their donation, these folks might be let go… or perhaps even extorted for more.

“But that’s over there…” you might say. “That couldn’t possibly happen to citizens of the U.S. – in the land of the free.”

But you’d be wrong. Because it already DOES happen.

It’s called called Civil Asset Forfeiture.[2] This little gem allows the Government and law enforcement to seize your cash and property without charging you with a crime.

This legal process is already being abused like crazy.[3] Plus, you have almost no legal recourse to get back any cash and assets that were taken by law officials. Justice Thomas from Texas wrote in a recent high profile trial:

This system — where police can seize property with limited judicial oversight and retain it for their own use — has led to egregious and well-chronicled abuses.

Civil asset forfeiture affects many people already… from ordinary people who like to carry cash… to convenience store owners who deposite the “wrong” amounts of cash at their bank. But it could get much worse when the next financial crisis hits the U.S.

Imagine having a huge chunk of cash seized by a law enforcement official who had a bad day. Or imagine having your bank account frozen and drained by the FBI because you deposited or withdrew a large sum of cash.

Imagine if you ended up in prison like one of the folks in Saudi Arabia.[4]

Sure, you might not be a member of the wealthy elite. But tell that to Angela and Joyce, a couple who lost $17,900 to the police with no charges ever filed against them.[5] From an article in the National Review:

They sued for recovery of their money, and — incredibly — a federal court found that they lacked standing to sue for possession of their own assets.

With the next big financial crisis looming around the corner, who knows if Civil Asset Forfeiture won’t take a larger role? The Saudi Arabian Government has already given U.S. officials a proven blueprint to get out of large scale economic trouble…

Just take whatever financial assets they need directly from you.

Thankfully, there is something easy you can do right now to keep your money safe. You can open an offshore bank account in as little as 10 minutes, and move some of your money into it.

Offshore bank accounts give you options. By placing some of your wealth outside of U.S. borders, you’re putting it out of reach of corrupt and greedy police and FBI agents who have a long track record of taking hundreds of thousands of dollars from innocent victims.

Opening an offshore bank account is actually quite simple, 100% legal, and one of the smartest financial moves you can make[6]. My special Offshore Banking Report shows you how.

When you get my Offshore Banking Report, you’ll discover 23 different offshore banks, FinTech platforms, and P2P lending platforms where you can quickly open accounts to protect your wealth from greedy Wall Street bankers. This report is only $19 right now…

Get your digital copy of the report right here

P.S. Civil Asset Forfeiture is already a serious threat to your wealth. Just imagine how bad it will get in the next financial crisis. Get my special report today and learn how to protect yourself.

Congress secretly decides to change the definition of “financial institution” […]