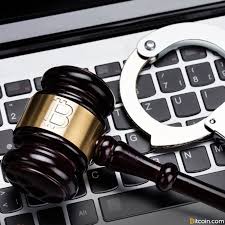 Congress certainly has a special vendetta against money launderers; the policies for which are careful to target cryptocurrency accounts as well. We have brought these stories to your attention over the years, and indeed these polices are intensifying.

In June of this year we addressed the “Combating Money Laundering, Terrorist Financing, and Counterfeiting Act of 2017” which targets blank checks, cash, comingled and aggregated funds, and prepaid access devices, digital currencies, or other similar instruments. While there are several outrageous factors in this legislation, the penalties were particularly draconian: someone who simply fails to license or register their financial business faces a prison, “whether or not the person knows that the operation is required to comply with those registration requirements, or to be licensed or that the operation is so punishable”. Thousands of dollars in fines, and years in prison for this.

In August, we addressed two more bills: “Countering America’s Adversaries through Sanctions Act” and “Homeland Security Assessment of Terrorists Use of Virtual Currencies Act”. This is where terms like “illicit finance” were introduced.

Words like “illicit” are about as scary as the word “felon” these days. You’re a felon for improperly packaging lobsters, so what sort of gravitas do these words carry anymore?

The two major things that article called out was the US federal government overstepping its jurisdictional authority by arresting a non-American on foreign soil for alleged white collar crimes, and the nature of the Homeland Security Assessment: “develop and disseminate a threat assessment regarding the actual and potential threat posed by individuals using virtual currency to carry out activities in furtherance of an act of terrorism, including the provision of material support or resources to a foreign terrorist organization”.

The saga continues now, with Congress passing a tax reform bill that adds around $1 trillion to the US deficit in the middle of the night, they also passed a revised definition of “financial institution” on November 28th. While America was recovering from a weekend of food and consumerism, Congress was busy broadening the scope of their drag net.

U.S. bill S.1241: “Modernizing AML Laws to Combat Money Laundering and Terrorist Financing.” Section 5312(a) of Title 31 includes “an issuer, redeemer, or cashier of prepaid access devices, digital currency, or any digital exchanger or tumbler of digital currency” as part of the definition of a financial institution.

Why go out of your way to redefine a financial institution? Seems a long way for a hotdog… unless of course you intend to attach criminality to something. Senator Diane Feinstein elaborates on the purpose of the bill which is to criminalize “intentionally concealing ownership or control of a bank account.” By redefining what a financial institution is, you could, in theory, be held criminally liable for not disclosing your gift card balance at Game Stop. While I doubt it will go that far, something a little closer to home includes digital currency accounts.

The fear campaign against cryptocurrencies is not really warranted. Former U.S. Treasury special agent, John Cassara says, “I think if you look at the metrics, the metrics suggest today that digital currencies are a small fraction of the threat that we face.”

When I say government is preparing for a battle over currency control, I’m seen as a foil hat conspiracy nut. When the government passes regulation for activity that’s yet to be seen on any significant level, they are looking out for people’s best interests. The double standards just keep on coming.

The same fear salad we’re fed daily about every other issue with a corresponding prohibitionist policy. As if banning something or giving government a monopoly of control over something has ever made a society SAFER.

The British Treasury has ambitions to have EU wide cryptocurrency regulations by the end of 2018. Here I thought Great Britain wanted to LEAVE the EU because it was so controlling, and it rolls out this initiative which is meant to extend across the entire European bloc. Very similar language is being tossed around like “money laundering”, “tax evasion”, and “terrorism”, and while the British Treasury admits there’s little evidence of this, they are trying to stay ahead of the possibility.

Australia has also recently implemented further regulation on cryptocurrencies, but especially Bitcoin. People clamored for Bitcoin to be seen as a currency, and Oz has agreed. It will fall under the same microscope as regular cash. Their laws call for the registration of all Bitcoin exchanges operating in Australia with the anti-money laundering agency Australian Transaction Reports and Analysis Centre (AUSTRAC).

AUSTRAC will have the authority to monitor all cryptocurrency exchanges operating in Australian territory.

“The new regulation also imposes both jail time and fines to any company found guilty of operating unregistered cryptocurrency exchanges. The penalty for unregistered exchanges starts with a two year jail term and/or a fine of $105,000, while violators of more serious offenses could face a fine of $2.1 million for corporations and $420,000 for individuals.”

Governments are freaking out about either losing revenue or losing control over the flow of their fiat currency. These regulations more than prove that. Much like net neutrality, this “crack down” is really addressing a problem that doesn’t exist on any substantial level.

It’s not to say that there aren’t people behaving unscrupulously in the crypto world; but the fact that someone might or has used it for criminal purposes isn’t probably cause to presume guilt of everyone who uses it. And that, in essence, is what these laws do. They make anyone with a gift card or a crypto wallet a person of interest.

Privacy, like life, is a valuable asset everyone is born with. Rich or poor, these are yours. They aren’t just assets, they are rights. And rights are inalienable.

The United States is riddled with cronyism that needlessly interferes […]