States dabble in Single Payer Healthcare policies with little regard for the costs. 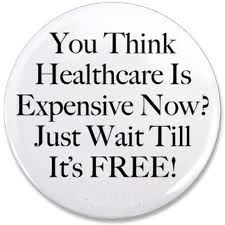 New York and California both are considering measures to indulge a single payer healthcare system within their respective states while dodging the very important question of costs.

Vermont Senator, Bernie Sanders’ impeccable timing to introduce a single payer system federally with the recent ascension above $20 Trillion in the federal debt cannot be ignored either.   Vermont tried, in fact, but it didn’t pass due to costs.

“Vermont’s state legislature approved the creation of a single-payer health care plan in 2014, but funding the program would have required an extra $2.5 billion annually—double the state’s current budget—and state lawmakers blanched at the 11.5 percent payroll tax increase and 9 percent income tax increase needed to fund it. In Colorado, voters last year soundly rejected a single-payer plan that came with the promise of a 10 percent hike in payroll taxes.”

California’s measure didn’t pass, but it’s not dead either. It’s in a political purgatory where an “emergency session” will be held to discuss this further and see if it’s worth resuscitating. Remember that their Governor, Jerry Brown, has already set into motion a 40% fuel tax increase and a $15 minimum wage to both be achieved over the next few years.

So coming up with a solvent solution for “healthcare for all” will be a biblical task to say the very least.

“’Even senators who voted for SB 562 noted there are potentially fatal flaws in the bill,’ he said in a statement issued late Friday afternoon, ‘including the fact it does not address many serious issues, such as financing, delivery of care, cost controls or the realities of needed action by the Trump administration and voters to make SB 562 a genuine piece of legislation.

“‘In light of this, I have decided SB 562 will remain in the Assembly Rules Committee until further notice.’”

It’s interesting to note that the support for universal care is more robust prior to hearing the costs associated with it. Once people are told about the increase in tax burdens, their support wanes:

“The UMass Amherst economists propose paying for the plan with a 2.3 percent sales tax and a 2.3 percent tax on business revenue, excluding a company’s first $2 million in annual revenue in order to shield small businesses from the tax. As an alternative to taxing businesses, they propose keeping the sales tax and levying payroll taxes of 3.3 percent on workers and employers.”

The reality is, the cost of universal care in California is estimated (some say conservatively) at $400 billion annually. The above is how the University of Massachusetts study suggests California find the other $106 billion per year to pay for this in full.

Similarly, New York actually passed their single-payer program which should go into effect in 2019. But where is the extra $91 billion going to come from to pay for it? $91 billion being another very conservative estimate.

Even the “studies” that suggest tens of billions would be saved overall through a single-payer system, base that on a lofty assumption of bulk negotiated savings with pharmaceutical companies. It also only saves money for those who rely on medical services or have expensive medical conditions. Similar to the national iniquities, younger and/or healthier people would be paying more for less, while older and/or less healthy people would be paying less for more.

What these studies also do, however, much like what the CBO did for Obamacare, is assume that all things remain equal. That has to be the biggest recipe for moral hazard and unintended consequences: assuming that if you change 20-25% of the economy, that people’s behaviors will remain predictably the same.

They WON’T! Why would they? Someone who once found a doctor or hospital visit unaffordable is not going to go to the hospital or doctor. People and businesses who once tolerated the level of taxation they had to endure prior to the enactment of new taxes to pay for this might consider moving to another state.

One of the largest proponents of single-payer is the Nurses Union. I get REALLY skeptical of programs that have heavy union endorsements. If healthcare is taken over by government, then nurses by extension become government employees of the state.

Now the Nurses Union has no market mechanisms to answer to as they did when healthcare was in the private sector. They make their demands in the same way teachers and cops do, and they will likely get them. This was written back in 2014, and holds even truer today:

“Half a Billion Dollars. That’s how much the California Teachers Association and the powerful Service Employees International Union have spent on California politics since 2000. The unions’ return on that ‘investment’? A legislature totally beholden to them for political support and campaign contributions.”

“Half a Trillion Dollars. That’s an estimate of the unfunded public pension liabilities racked up by California’s state and municipal governments due to overly generous pay and defined benefit pension plans lavished on unionized government employees.”

Currently the cost of government employees and their benefits are what’s driving states like California and New York into the economic ground.

So what makes anyone think that things will remain equal? That care provider unions won’t be jacking up the cost of their employment? That doctors won’t gravitate toward specialized practice rather than general practice? The VA is a lovely government healthcare program right? Their wait times, doctor shortages, and bureaucracy is second to none.

Something to consider for our U Mass friends who have such grand ideas about single-payer: remember your state ditched Romney Care back in 2014. After 8 years of deterioration and failure to produce a sustainable system, Massachusetts got rid of the exchanges. It didn’t go further down the single payer rabbit hole, but rather abandoned it altogether.   Sure they are talking about it… in the same fruitless manner Vermont is. They can’t afford it. They don’t have the physical or economic size to make it happen.

What would be far more refreshing if not downright remarkable, would be if these state governments FOUND the money in their own coffers to pay for it. They cut funding to other things that are lower on the priority list to pay for this healthcare which they claim to be a major priority. While I’m not in favor of universal healthcare, I would respect a budget that reflected the political rhetoric over simply asking for more money to pay for their lofty ambitions.