Trump’s trade and immigration policies are unfolding, and the unintended consequences so far are outnumbering the good intentions that prompted their enactment. 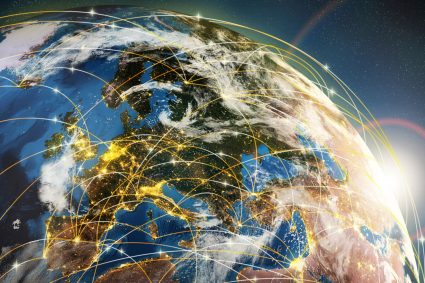 I don’t deny the intent of tariffs and restricted immigration. Tariffs are meant to make cheap imports more competitively priced to what American made products cost: to offset the “unfair” price advantage developing nations have over American made goods. Restricted immigration is supposed to keep foreign criminal elements at bay and immigrants out of American jobs and welfare programs.

While these are the stated ambitions of these policies, they are based on some faulty understandings of how the markets work.

Let’s start with the tariffs. As I mentioned before, manipulating the price of imports through tariffs doesn’t address the larger issue of the cost of regulations and taxes in the United States. Tariffs don’t make it cheaper to manufacture or do any sort of business in the US. It just makes cheaper goods more expensive.

So one of two things will happen: either the companies will suck it up and continue to operate out of the US, or they will manufacture outside the US anyway, and see if they can make up the difference.

There are some companies that are tired of dealing with the American way of doing business. We discussed the sugar industry, for example, where confectioners and sweet makers are leaving for Mexico and Canada just because the cost of sugar is over twice the amount the rest of the world charges for sugar. So for every one job in sugar production our government saves, 3 are lost in subsequent industries that use that sugar.

It’s not an all or nothing thing, of course.  Some will stay and commit to Trump’s plan. Intel is looking to grow jobs in the United States and finds the president’s plan encouraging, for instance. However, the automotive industry doesn’t seem to be fully on board the optimism train. Ford indeed did promise to create several hundred jobs in the US rather than open a new plant in Mexico, but nonetheless, has proceeded with moving its manufacturing of the Focus to an existing plant in Mexico.

In January, CAR (Center for Automotive Research) released a study which had a few grim forecasts for the automotive industry if Trump’s plans were to go into effect (Source: Investopedia):

Many of these companies were part of a panel who advised Trump on his economic plan. Trump made his move and decided not to listen to some of them, and now they are making their moves.  Tariffs be damned, they are heading out.

The argument remains that immigrants are taking American jobs and anchoring American wages.   Price wars anchor prices. That is to say, competition keeps prices aggressive and low. The alternative is the government sets a fixed price for something, or as was the case with Obamacare, the government decides what companies can make off a given service or good.

I think we can agree that didn’t work out well for anyone.

Conservatives insist immigrants take jobs Americans would want and do. That’s really not true. Immigrants were willing to leave their lives behind in another country just for the privilege of working a job in the US for less than an American would, which means they will go to where the jobs are. Shikah Dalmia writes and speaks on the matter of immigration extensively. One of her key findings is that immigrants are mobile. They can work construction in Arizona or pick fruit in Florida. Wherever they are needed they are there because they don’t have the same ties to one community as Americans might.

Moreover, they facilitate upward mobility for Americans. Again: comparative advantage proves to grease the wheels of an economy. When a highly qualified individual can go back into the workforce because they can find an affordable nanny/childcare provider, it is a win-win situation.

According to the Wall Street Journal, illegal immigrants are responsible for 3% of private sector GDP. That is a small number, due in part to the fact that they are illegal.

“The study, which used a series of special U.S. Census Bureau surveys taken from 2011 to 2013 to infer the characteristics of unauthorized workers, found documented foreign-born workers were about 25% more productive than undocumented workers based on their incomes, even with the same level of education and experience.”

Granting unauthorized workers amnesty would increase their overall productivity by 20%, equivalent to 0.6% of GDP, the study finds.

Conversely, if you pull them out:

It seems like Trump’s policies only work if everyone does what Trump needs them to do. But that’s not what’s happening. Businesses are still leaving despite the tariffs (or perhaps because of the tariffs). Cracking down on migrant workers could leave both hospitality and agriculture in a lurch as well.

Good intentions don’t pay the bills or fix economies. Free markets and deregulation does that best. I have a bad feeling about Trump’s protectionism. In the end, the only thing this will accomplish is a prideful denial toward a global supply chain.

The education bubble has been expanding year over year, while […]