Trump’s trade war is taking its toll. The tariffs are hitting end users and businesses hardest, but the steel lobby cronies seem to be safe. 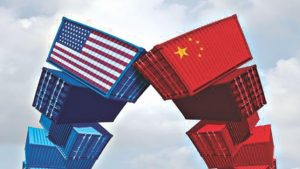 Nothing invokes change quite like a swift kick in the pocketbook. There are a few folks out there (myself included) who are entitled to a hearty “I told you so” with regards to Trump’s trade war.

How is this trade war coming along?

A recent Forbes article runs down the series of failures begotten by this unnecessary trade war. The war on trade is to Trump, what the war on terror was to Bush: totally fabricated and wildly exaggerated to push a personal agenda. And consequently, private citizens and individuals are the ones who will pay.

A fact-check article in the Tampa Bay Times reported on a claim that agricultural producers take a disproportionate hit with regards to retaliatory tariffs.

“Exports comprise 10 percent of total GDP in the United States, whereas they comprise about 20 percent of GDP in the American agricultural sector. That fraction is even higher for crops like cotton (76 percent is exported), soybeans (50 percent) and wheat (46 percent), according to USDA.

Soybean growers are faced with as much as a 20% drop in prices, but risk losing foreign customers because the trade policies coming out of the US make them “unreliable” providers. The truth is, the US isn’t the only show in town. China can easily turn to its ally in BRICS, Brazil.

A shipment of 70,000 tons of soybeans was docked off the coast of China for several weeks because it arrived 30 minutes late to beat the implementation of the soybean tariffs. Thirty minutes.

China’s Sinograin agreed to pay the 25% tariff and receive the shipment, but not without the Chinese people taking to social media:

“‘Isn’t Sinograin state-owned? Who is this tariff hurting? Eventually it is us paying the tariffs and it’s us being sanctioned!’ said one user.

“Two posts about the ship’s arrival in dock and the extra costs generated more than 800 comments, mostly negative.

“‘Are we imposing sanction on ourselves? Common people will have to pay for that,’ said another Weibo user.”

The US can be generally very independent when it comes to energy, but not entirely independent. The US agricultural and energy industries still rely on cheap procurement of aluminum and steel to keep going.

What happens to the cost of oil and food when those who rely on foreign imports to get them these basic commodities in the middle of a trade war?

CEO of American Petroleum Institute warns the hike in price for specialty steel will raise the cost of domestic production of oil, natural gas, and natural gas liquids.

True to form, there’s always a backdoor out of everything. And that backdoor lacks any transparency or accountability. Commerce Secretary Wilbur Ross planned to grand exemptions to “some American businesses”, but there was no real objective evaluation process put into place to ensure that the exemptions were equitable.

Not surprisingly, according to the CRS (Congressional Research Service), there have been a deluge of exemption applicants:

“The CRS report also said tariff revenue could be reduced by exemptions given by the US Commerce Department. As of Aug 6, the department had received more than 33,000 exclusion requests, approving 1,428 requests, while denying 702, CNBC reported.”

With no real process in place, you have to wonder about the 1,428 approved exemptions, right? How did they manage to get to the other side with no real guidance, process, qualification or even knowing which officials are responsible for making these determinations?

You get more trust with transparency then you do secrecy. When you have statements like this, is it totally unreasonable to suggest the system is rigged?

“The opportunity for cronyism is apparent and U.S. steel manufacturers have, according to multiple media reports, successfully exerted significant control over the exemption-granting process.”

“… [N]ot a single application has been accepted if U.S. Steel or another domestic steelmaker had objected to its granting. Because there is no publicly available rubric for the granting or denying of exemption application—nor any opportunity to appeal the department’s decisions—businesses are left entirely at the mercy of government officials and the steel lobbyists who appear to be directing the process.”

While numerous congressional representatives have balked at this ridiculous process, they haven’t taken much action in the way of reigning in the Commerce Department.

So now the tariffs also smack of Obama’s Affordable Healthcare crusade: large sweeping costly policy, but a few friends get exceptions. In Trump’s case it’s the Steel Lobby… for Obama it was Unions.

Governments will never lead individuals to greatness. Individuals can only do that. These major boondoggles from senseless invasions under Bush, irresponsible mandates under Obama, and reckless tariffs and protectionism under Trump has systematically destroyed the entrepreneurial and free market spirit of the United States.

Entrepreneurs and innovators are the key to solving social and […]